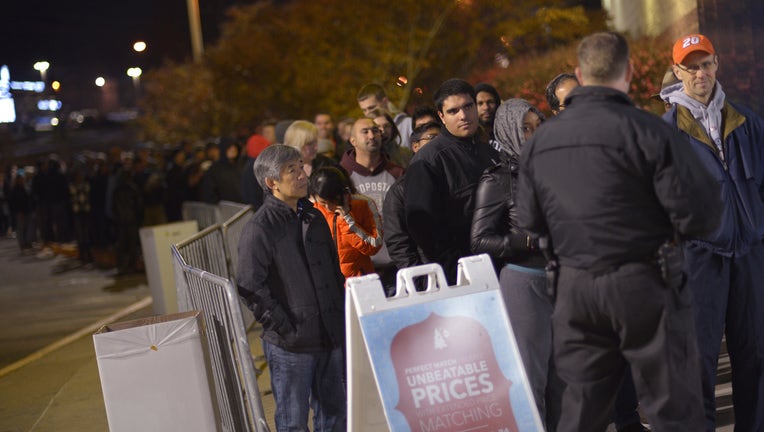 Shoppers queue outside of a Best Buy store during their Black Friday sale which started at midnight on November 23, 2012 in Rockville, Maryland. Thanksgiving, the last US holiday undisturbed by mass commercialization, is now victim to the ever advanc (MANDEL NGAN/AFP / Getty Images)

CINCINNATI - While several stores choose to open early on Thanksgiving Day to get a head start on Black Friday sales for eager shoppers, a growing number of major retailers have said they’ll be closed so employees can spend the day with their families.

Over the past decade, many retail chains have expanded their Black Friday hours earlier and earlier, sometimes into the previous day, to get a head start on the competition.

Other major chains, such as Barnes & Noble and Nordstrom, were predicted to be closed by the websites, based on previous years.

Stores that are confirmed to be open on Thanksgiving Day include Best Buy, CVS, Meijer and Walgreens, BestBlackFriday.com reports, citing direct communication with the retailer.

More than 70 percent of shoppers believe stores should be closed on Thanksgiving Day, a survey conducted by BestBlackFriday.com found.

“The growing trend in online shopping for Black Friday and Cyber Monday continues to reflect that most consumers would rather spend the Thanksgiving holiday at home than out in traffic or shopping among strangers,” the website states.

In 2018, Thanksgiving Day spending reached $3.7 billion in online sales, up 28 percent from 2017, according to MarketWatch.