COCONUT CREEK, Fla. - Florida authorities arrested a naked man who allegedly killed a woman and an infant, and killed another person while trying to flee, police say.

"He’s completely naked, and then I saw he’s out of his mind," witness Lorena Sagna recounted to WSVN.

Detectives say they believe the series of deaths and crime began at an apartment complex on Friday, where a woman was found dead and a 1-year-old child left mortally wounded.

The suspect, Dale Spidle, 35, reportedly fled the complex and was then involved in a series of car crashes that left at least two people injured, and one man fatally shot, the New York Post reported. 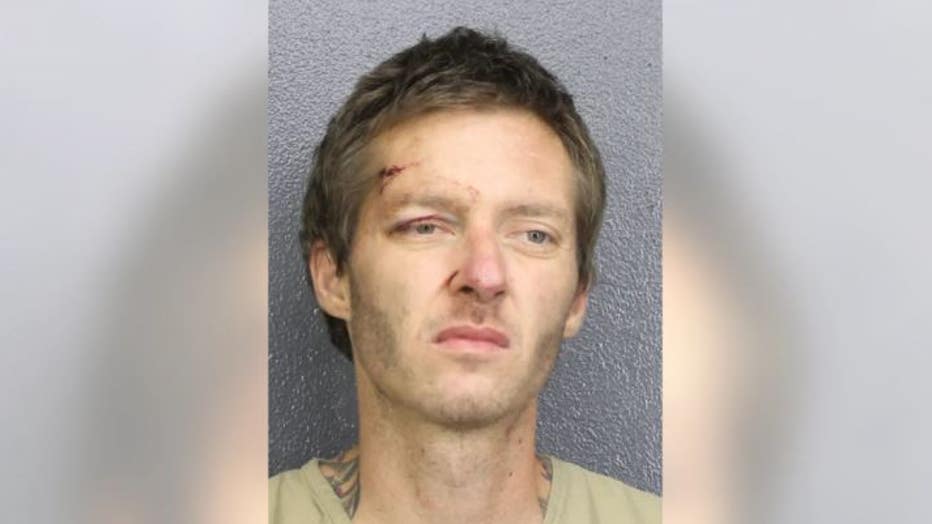 Florida man Dale Spidle is facing charges, including murder, aggravated battery with a deadly weapon and fleeing the scenes of multiple accidents

At about 2 p.m. Friday, Coral Springs police officers responded to a report of a hit-and-run crash. Police officers attempted to stop a silver Kia reportedly driven by Spidle that was involved in the crash, but the pursuit was ended, NBC 6 reported.

Not long after, however, a vehicle matching silver Kia's description was involved in another crash in Pompano Beach. At this crash, police say the driver of the Kia fatally shot a man and took off in a white truck.

The unidentified victim was shot multiple times and died at a local hospital, according to NBC Miami.

FLORIDA MAN ARRESTED AFTER COPS FIND HIM IN POSSESSION OF DRUGS, GUNS AND ALLIGATOR

A final crash was then reported in Coconut Creek, where two people sustained injuries. Spidle reportedly got out of the truck in the nude and proceeded to try to rob a woman of her necklace, according to authorities.

Coconut Creek Police arrived at that scene and arrested Spidle, who was still naked at that time, the New York Post reported.

Authorities say the Kia led them to Spidle's apartment, which was located next door to where the woman and child were found, WSVN reported. The woman was pronounced dead at the scene and the young boy was taken to an area hospital where he was pronounced dead.

Officials did not release how the woman and child died.