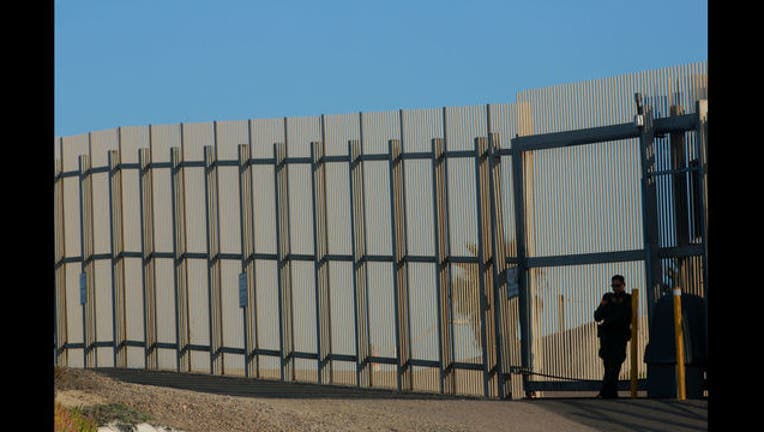 SAN DIEGO (AP) - The federal government began work Wednesday on replacing border wall in California, the first wall contract awarded in the Trump administration outside of eight prototypes that were built last year in San Diego.

Customs and Border Protection is replacing a little more than 2 miles (3.2 kilometers) in downtown Calexico, a sliver of the president's plan for a "big, beautiful wall" with Mexico. A barrier built in the 1990s from recycled metal scraps and landing mat will be torn down for bollard-style barriers that are 30 feet (9.1 meters) high, significantly taller than existing walls.

The administration is seeking $18 billion to extend the wall. Efforts to pay for it as part of a broader immigration package that would include granting legal status for people who came to the county as young children failed in the Senate last week.

In November, SWF Constructors of Omaha, Nebraska, won a contract for $18 million to replace wall in Calexico, about 120 miles (192 kilometers) east of San Diego. It encompasses an area bisected by the New River, where smugglers are known to guide people through polluted waters. The project, which includes a bridge over the river, is expected to take 300 days.

The administration cleared the way for construction in September by waiving dozens of environmental and other reviews in Calexico. A 2005 law exempted it from environmental reviews if the Homeland Security secretary deems a wall to be in national security interests, including the National Environmental Policy Act, Clean Air Act and Endangered Species Act.

The Trump administration has also issued waivers to build in San Diego and Santa Teresa, New Mexico. George W. Bush's administration issued the previous five waivers, allowing the government to quickly extend the wall to nearly one-third of the border without legal challenges that can block construction or cause major delays.

The state of California and major environmental advocacy groups have sued the administration over the waivers, saying its authority expired. U.S. District Judge Gonzalo Curiel, who was taunted by Trump during the presidential campaign for his handling of fraud allegations against the now-defunct Trump University, is expected to rule soon on whether to allow the border wall lawsuit to go forward.