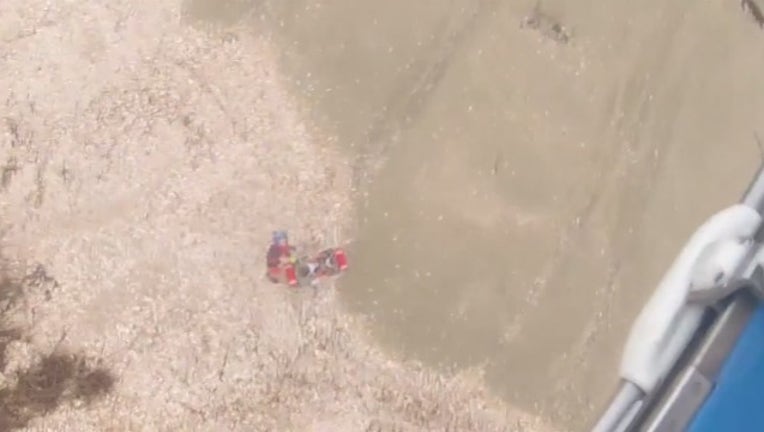 SAVANNAH, Ga. - The Coast Guard has rescued a man stranded on a sailboat in Bull River river near Tybee Island in coastal Georgia.

The U.S. Coast Guard said in a news release that a helicopter crew lowered a rescue swimmer who pulled the man up at 9:26 a.m. Saturday.

The man was anchored in Bull River, and did not request assistance and had no medical emergencies, according to the release.

The man was airlifted by a MH-65 Dolphin helicopter and taken to Hunter Army Air Field, where he is reportedly waiting for his family. His condition is unknown.