One of the classic cars in the parade caught fire during the Holiday at the Beach parade in Flagler County on Saturday.

FLAGLER COUNTY, Fla. - A holiday parade was put on pause in Flagler County when a car burst into flames.

One of the classic cars in the parade caught fire during the ‘Holiday at the Beach’ parade on Saturday afternoon.

The owner of the vehicle and his granddaughters were not hurt.

MORE NEWS: Still need a Christmas tree? What stock is like at Orlando tree lots

"We were in the parade and had a little smoke come out of the hood and the smoke turned dark and we hopped out," the owner of the vehicle told FOX 35. "Had two grandkids with me. Got 'em out of the car right away. Got some assistance from parade bystanders and four minutes later, it started flaming." 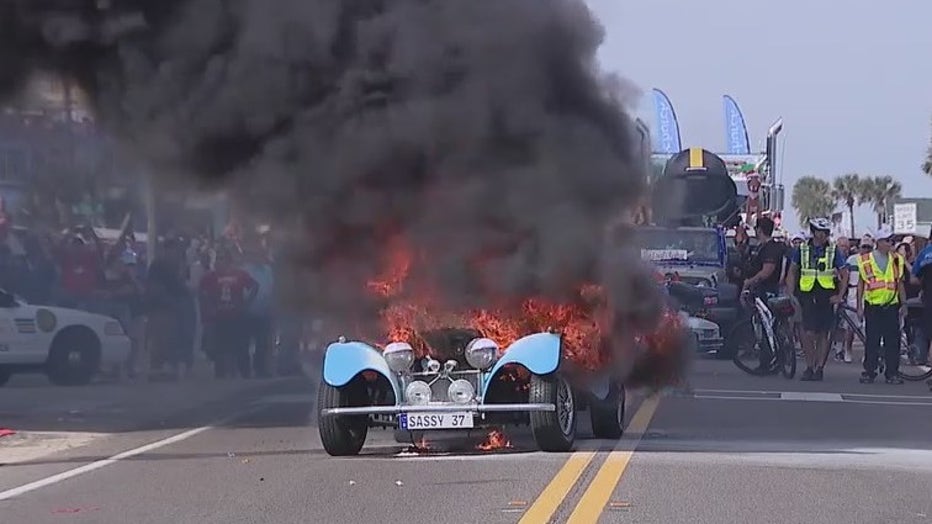 Thankfully, no one was hurt. However, it was still a tough day for the family who lost their vintage car and cut the parade short.

Families in attendance told FOX 35 that they still had a terrific time though.