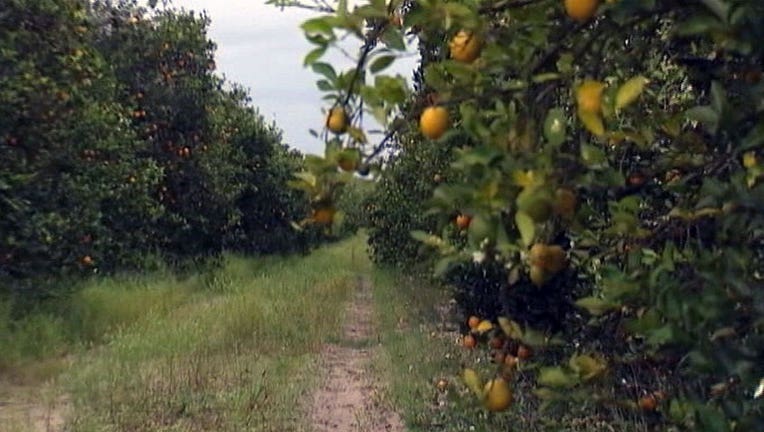 TALLAHASSEE, Fla. - Florida’s citrus industry is forecast to have one of the lowest production years in decades as it continues to grapple with a devastating disease and other issues.

In the first estimates for the 2021-2022 growing season, the U.S. Department of Agriculture on Tuesday forecast a nearly 11 percent drop in orange production and a 7.3 percent reduction in grapefruit production from the past season. Harvest totals would be among the smallest since the 1940s.

Florida Department of Citrus Executive Director Shannon Shepp said in a statement that "we hoped for more" and that with "more than 90 percent of Florida’s orange crop being squeezed for juice, nearly every drop of this season’s fruit will go straight to the premium, great-tasting not-from-concentrate orange juice consumers want."

Florida growers have struggled for years against residential and commercial development, foreign imports, changes in beverage-consumption habits and, since 2005, an incurable bacterial disease called huanglongbing or simply citrus greening.

Seeking to build on increased demand for orange juice during the early stages of the coronavirus pandemic, Florida’s budget for the fiscal year that began July 1 includes $27.7 million to support the citrus industry, with the biggest chunks going to marketing and research.

Fried has requested $15.6 million for the citrus industry --- for production and research --- in the 2022-2023 budget, which lawmakers will put together starting in January.

In August, Elizabeth Steger, a citrus consultant from Kissimmee, suggested "government and private institutions join their resources to increase plantings, eradicate as much as possible sick trees and increase research fundings."

Steger’s suggestion came as she forecast the orange crop to decrease by 1.5 percent to about 52 million boxes.

The federal forecast, which will be updated monthly until next summer, has Florida growers producing enough oranges to fill 47 million 90-pound boxes, the industry benchmark. That would be down from about 52.8 million boxes during the 2020-2021 growing season.

"We hoped for more, but 47 million boxes of oranges demonstrates the resilience, ingenuity, and strength of Florida's citrus growers and their unwavering commitment to fighting the challenges facing our industry," Shepp said. "Demand for Florida orange juice remains strong, with consumers continuing to turn to 100 percent orange juice for its many health and wellness benefits. Further, growers and researchers continue to develop new tools in the fight against HLB (citrus greening)."

The Florida Citrus Commission on Oct. 27 will review a tax growers pay per box --- 12 cents per box of oranges and 7 cents a box for grapefruit and specialty fruits --- to help provide marketing money.

Citrus officials say the industry supports more than 33,300 jobs and provides a $6.76 billion annual economic impact to the state.