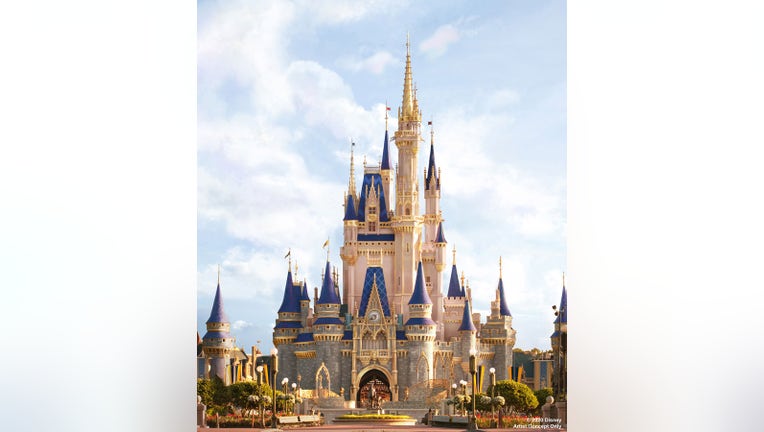 LAKE BUENA VISTA, Fla. - The iconic centerpiece at Disney's Magic Kingdom is about to receive a makeover fit for royalty.

Walt Disney World resort announced that Cinderella's Castle will be undergoing a golden transformation this spring.

"Cinderella first transformed into a princess 70 years ago this week when the animated classic was released—and ever since, her courage and kindness have been inspiring guests and cast members alike," said the Disney Parks Blog. "We are excited to share that her story has inspired a bold, shimmering and royal makeover of her namesake castle at the heart of Walt Disney World Resort."

Disney shared a rendering of what the castle will look like once the work is completed later this year.

While the castle undergoes its golden makeover, shows such as "Happily Ever After" and "Mickey's Royal Friendship Faire" will continue at the Magic Kingdom.