BALTIMORE - A Chipotle employee working at a Baltimore location threw a pair of scissors at a customer in a dispute over a late meal, a video posted to Facebook shows.

Anthony Evans, 56, said he waited for his mobile order for 20 minutes and asked twice about its status before a female employee started yelling at him for complaining, as FOX 45 Baltimore first reported.

"This is going right on Facebook," Evans can be heard saying in the video posted online Tuesday.  "…This is crazy." 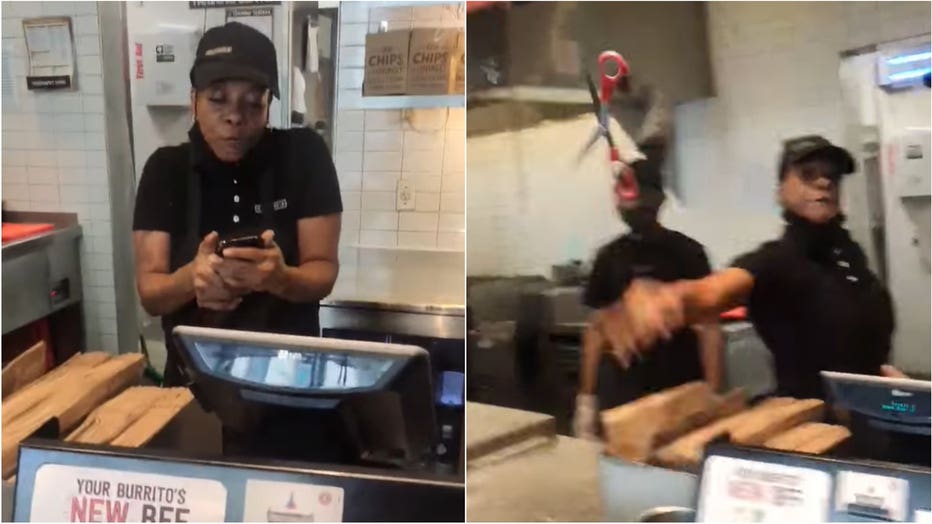 The woman claims in the video that her name is Nicole and that she is the manager at the Mount Vernon Chiptole location after he asked other employees.

"You can call whoever you want to, b*tch," the woman says before hurling a pair of scissors at Evans.

Evans then called the police, who confirmed that officers responded to an incident of aggravated assault on Aug. 10 around 1 p.m. EST to Fox News. Officers were able to get in touch with a district manager for Chipotle to relay the incident.

Chipotle did not immediately respond to an inquiry from Fox News.