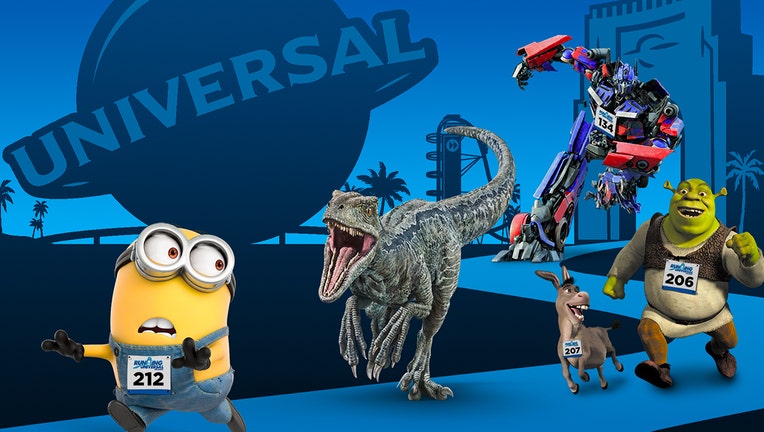 ORLANDO, Fla. - Many of Universal's iconic characters will make an appearance during the first-ever 'Running Universal Epic Character 5K and 10K.'

Earlier this year, Universal Orlando Resort announced that they will hold their first-ever Running Universal Epic Character 5K and 10K in February 2020. Runners will race through both Universal Studios Florida and Universal's Islands of Adventure that weekend while surrounded by Universal characters. There will be several course options, photo opportunities, and merchandise.

Universal Orlando Resort recently reported some of the specific characters that will make an appearance. For example, the Minions from Despicable Me, Velociraptor Blue from Jurrasic World, Shrek and his friends, and the Autobots and Decepticons from Transformers will all make appearances.

Registration for the race begins at $82 per peson.