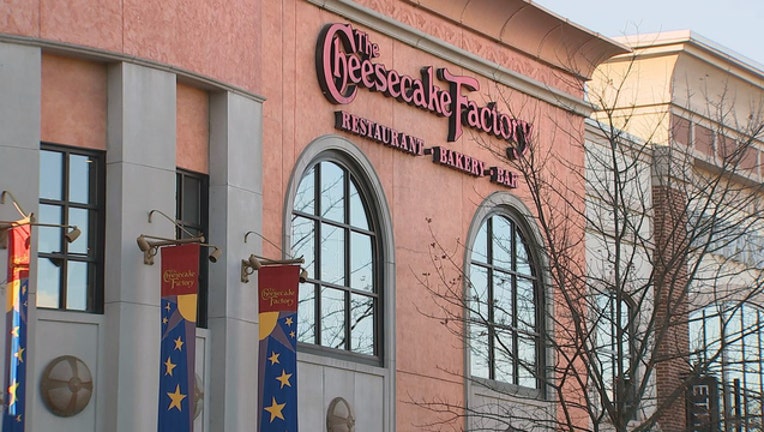 A photo of the Cheesecake Factory in the Clarendon neighborhood of Arlington, Virginia captured on Wednesday, Dec. 5, 2018.

ARLINGTON, Va. - Police and medics were called to the Cheesecake Factory in Clarendon due to a hectic scene caused by a promotion giving out free slices of cheesecake on Wednesday.

The Arlington County Police Department stated its officers responded to the scene in the 2900 block of Clarendon Boulevard just before 1 p.m. for a traffic complaint.

While at the scene, authorities were called to the restaurant for a reported fight.

Officers did not find a fight but stated there was a large crowd inside the restaurant due to the promotion, which aimed to give away free slices of cheesecake across the country.

A person allegedly acting disorderly was asked to leave the restaurant but refused to listen to officers, according to officials. Authorities said a struggle ensued while officers attempted to take the man into custody.

The suspect was taken to the hospital following the struggle and officials said they anticipate that he'll be charged with disorderly conduct upon his release from the hospital.