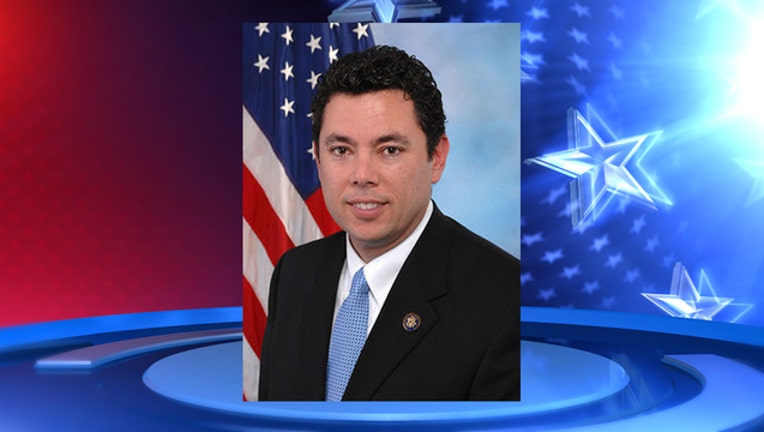 SALT LAKE CITY (AP) - Rep. Jason Chaffetz announced Thursday he will resign from Congress next month, saying a "mid-life crisis" compelled him to step away from his chairmanship of the House Oversight Committee as it is poised to launch an investigation into President Donald Trump's firing of the FBI director.

The announcement by Chaffetz, 50, was the latest upending of the Republican-controlled congressional investigations into Trump.

Chaffetz's announcement came a day after he tweeted that he had invited ex-FBI Director James Comey to testify next week at a hearing of the oversight committee he leads.

Comey was fired last week amid an FBI investigation into whether Trump's presidential campaign associates colluded with Russia to influence the presidential election outcome to benefit him.

Chaffetz, a Utah Republican who had just started his fifth term in Congress, used his post as chair of the oversight committee to doggedly investigate Hillary Clinton before the 2016 presidential election and raise his political profile.

But Trump complicated Chaffetz's life. He rescinded his endorsement of Trump last year after recordings surfaced of the reality show star bragging about groping women, only to hastily re-endorse Trump shortly before the FBI announced it was reviving its investigation into Clinton's emails.

Liberals said that he did not go after the incoming administration with nearly the vigor used against the prior Democratic administration. Constituents booed him at a raucous February town hall, and a novice Democratic candidate raked in hundreds of thousands of dollars in online donations when she announced her longshot challenge to him weeks later.

Last month, Chaffetz stunned the political world by saying he would leave congress before his current term ends in 2018. But he did not provide a date for his departure until Thursday.

On Tuesday, Chaffetz took his first aggressive steps against the Trump administration. He vowed to get the memos ex-FBI Director James Comey reportedly wrote about his meeting with Trump in which the president allegedly asked him to shut down the FBI investigation into ousted National Security Adviser Michael Flynn.

He told reporters Thursday from his home in a southern Salt Lake City suburb that he still has not seen the Comey memo or spoken with the former FBI director.

He said he believed other members of his committee would keep the investigation going.

"There are lots of good people who care about these issues and are well-suited to carry out these investigations," Chaffetz said.

Chaffetz is the second House Republican who is stepping away from a Trump investigation. Rep. Devin Nunes, the chairman of the House Intelligence Agency, had to recuse himself from that investigation after a bizarre incident where he emerged from the White House and seemed to suggest he had evidence backing up Trump's groundless contention that he had been surveilled by the Obama administration. Republican Rep. K. Michael Conaway is now overseeing that probe.

One possible replacement for Chaffetz on the Oversight Committee is Rep. Trey Gowdy, the former South Carolina prosecutor who chaired the special Benghazi investigative committee and a close Chaffetz friend. On Thursday, the Republican Gowdy released a statement saying he was talking to other members about the chairmanship.

Chaffetz said his last day will be June 30. He said he hoped to preside over one final hearing on a botched Obama administration "gun-walking" program, in which federal authorities let gun-runners purchase firearms in hopes of disrupting gun smuggling rings.

The former kicker for the Mormon-owned Brigham Young University football team was first elected to the U.S. House of Representatives in 2008. He strolled to four-easy re-elections in his heavily Republican district in that stretches from towns in the Wasatch Mountains to the Salt Lake suburbs and Provo, the home of Brigham Young University. Chaffetz became chairman of the House Oversight committee in 2015.

He has not ruled out running for another office, such as Utah governor.

Prior to his time in office, he worked in communications for more than a decade and served as campaign manager for former Utah Gov. Jon Huntsman, Jr.

Sitting on his couch with his wife Julie and petting their dog, a Cavalier King Charles Spaniel named Ruby, Chaffetz said he had been stunned by two of his children's upcoming moves from Utah and the realization he and his wife would be empty-nesters soon.

"I kind of had a little bit of a midlife crisis. I turned 50, I'm sleeping on a cot," Chaffetz said of his life as a congressman in Washington. "The overwhelming driving force is the idea that I just love my family. And a lot of people will never ever believe that, but that is the truth."