A Flagler County 911 dispatcher is credited with saving two lives within an hour of each other.

FLAGLER COUNTY, Fla. - A Central Florida 911 dispatcher is being praised as a hero after she saved two people's lives over the phone in separate incidents that occurred within an hour of each other.

The Flagler County Sheriff's Office said one of their communications specialists, McKenzie Davis, saved two lives in separate incidents within an hour of each other on Sunday.

They said that around 3:33 p.m., Davis received a call from a mother whose six-month-old child was not breathing. She was frantic and Davis worked to calm her down while getting her prepared to administer CPR to the infant. She walked the mom through it and counted aloud over the phone to ensure the compressions were being done at the proper speed.

Thankfully, the baby reportedly began breathing and moving again after a full round of CPR.

Then, exactly an hour later at 4:38 p.m., the Sheriff's Office said that Davis answered another 911 call where a woman's 71-year-old husband was in the pool and not breathing. She instructed the woman, who was with her family at the time, to get the man out of the water. From there, she provided CPR instructions once again and counted aloud while the family took turns performing compressions. 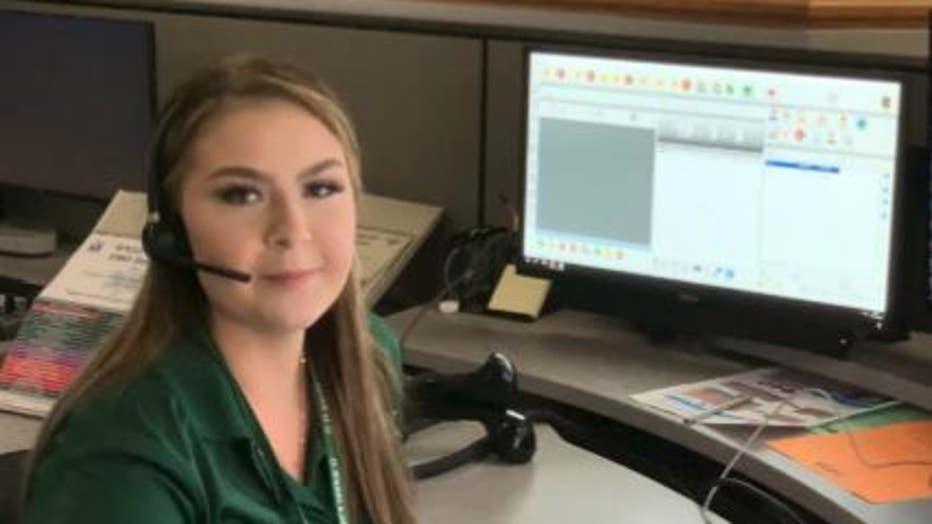 A deputy reportedly soon arrived at the scene and took the CPR efforts over. Paramedics followed and indicated that the man had a strong pulse. He was taken to a hospital and is expected to fully recover.

“9-1-1 is the number you call in your darkest hour and it is the voice on the other end of the line that can help you through whatever situation you are facing,” Sheriff Rick Staly said. “In these cases, McKenzie was able to not only calm the callers down enough to listen to the instructions, but she was also able to count with them to ensure they were doing compressions as often as required. Already this year she has helped save four lives. She is a true hero and a great partner with our deputies in the field.”

MORE NEWS: 'I thought it was an earthquake': FOX 35 talks to residents following gas line rupture in Sanford

This is not the first time that Davis has saved a life as a 911 dispatcher. The Flagler County Sheriff's Office said that on August 5th, she answered a 911 call from a mother whose one-and-a-half-year-old daughter was having a seizure and stopped breathing. She provided the mom with CPR instructions and counted aloud. The baby began breathing again after one round of compressions.