During the White House’s COVID-19 briefing Wednesday, April 7, CDC Director Rochelle Walensky said the agency’s most recent estimates indicate the B.1.1.7 variant is now the most common lineage circulating in the United States.

The Centers for Disease Control and Prevention gave the all-clear late Thursday and again Friday morning. Four of the more than 2,300 people who received a J&J vaccine at PNC Arena in Raleigh on Thursday were hospitalized, and all but one had been released by Thursday night. Fourteen people experienced minor reactions that could be treated on-site.

Saying they want the more than 2,000 people who have Friday appointments to know which vaccine they’re going to receive, Wake County public health officials said they would administer Pfizer doses at PNC Arena and allow those who prefer a single-dose J&J shot to reschedule their appointment. 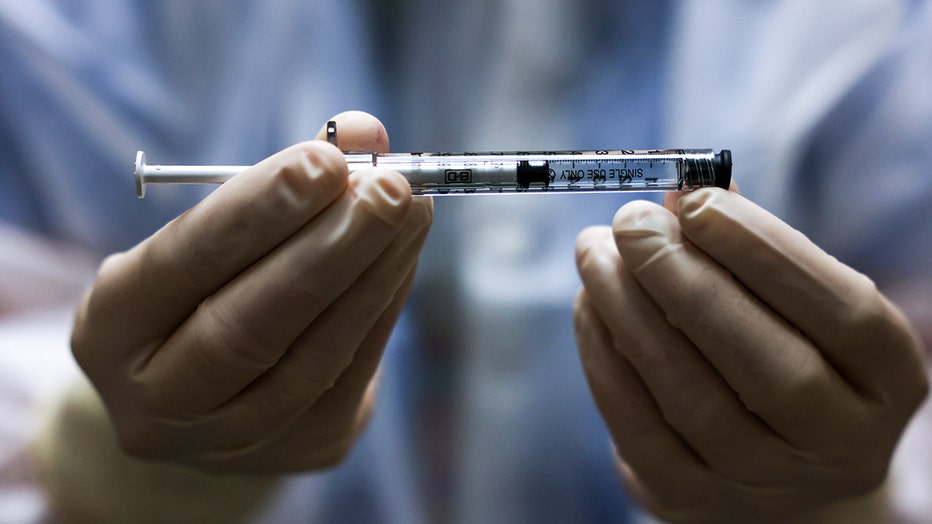 Rocky Mountain Regional VA Medical Center investigational pharmacy technician Sara Berech holds a dose of the Johnson & Johnson COVID-19 vaccine before it is administered in a clinical trial on December 15, 2020 in Aurora, Colorado. The Johnson &

The CDC performed vaccine lot analyses in North Carolina and did not find reasons for concern.

"Reactions are expected, but what’s important is that our patients are here with us being monitored, and medical personnel are right here in our clinics to respond to these rare events," Kim McDonald, Wake County’s medical director, said in a statement.

Two UNC Health clinics plan to resume appointments for the J&J vaccine on Saturday after the CDC informed them on Friday morning that it "found no evidence of a safety concern for the J&J vaccine" after looking at cases in North Carolina and other states.

David Wohl, who oversees vaccine operations at the Friday Center in Chapel Hill and Hillsborough Hospital, said between eight and 14 of roughly 1,250 J&J vaccine recipients it served on Thursday fainted after receiving the shot, though nobody was taken to a hospital.

The medical system said in a statement on Friday morning that those who get the J&J vaccine tend to be younger and have an aversion to needles, which is why they prefer the single-dose shot over the two-dose Pfizer and Moderna vaccines.

"This may also be why there have been more reactions in those vaccinated with J&J," wrote UNC Health spokesman Alan Wolf.

Wolf said the Hillsborough clinic would offer the Moderna vaccine to patients scheduled to receive the J&J shot on Friday. He said the clinic is exploring ways for the Hillsborough and Chapel Hill locations to better identify people with a history of fainting around needles and provide additional support by having them lie facing upward, offering them drinks and snacks and not moving them to a separate observation area.

"We believe that the J&J vaccine is safe," Wolf said. "Very few people (less than 1%) who have received this vaccine at our clinics have reported lightheadedness or fainting."