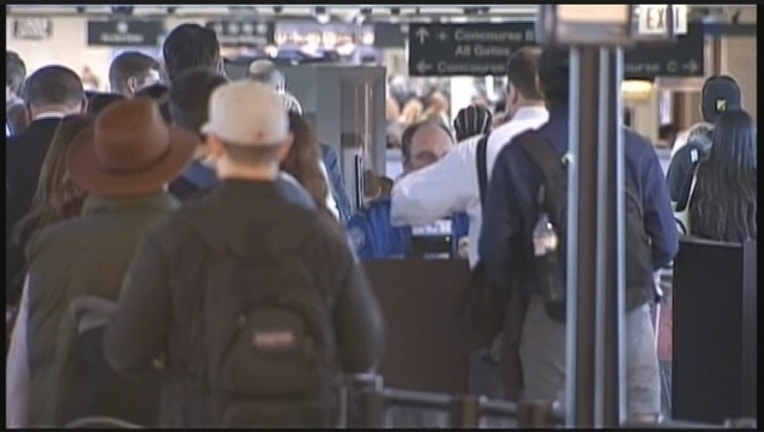 NEW YORK (AP) - NEW YORK (AP) — Spooked by headlines about Zika, terrorism and mass shootings? Maybe the news is so bad you're ready to cancel your vacation and stay home. But can you recoup what you paid for flights, lodging, car rentals and tours?

The answer is, it depends. Your best bet for getting a refund no matter what is to buy an expensive type of insurance called "cancel for any reason" insurance when you book your trip. Otherwise, whether you get money back depends on the circumstances and policies of individual airlines, hotels and other vendors.

Standard travel insurance may cover trip cancellations if a terror attack takes place shortly before your arrival, according to Rachael Taft of SquareMouth.com, a travel insurance comparison site. For example, depending on the policy, insured travelers cancelling trips to Nice, France, may be eligible for refunds for trips scheduled within seven to 30 days of the July 14 truck attack there, she said.

But standard trip insurance won't cover trips cancelled out of more generalized fears. If you booked a trip to Rio de Janeiro for the Olympics and bought standard insurance, "you would unfortunately be out of luck if you want to cancel due to fear of Zika," Taft said.

So what does standard insurance cover? Typically, illness, injury, death in the family, natural disasters or other major events that prevent you from traveling.

"If you break your leg, you're covered. If your mother passes, you're covered. If a hurricane cancels flights to your destination for 24 hours or makes your home or destination uninhabitable, you're covered," said Daniel Durazo, spokesman for the travel insurer Allianz Global Assistance. Standard insurance also helps if you get sick or injured while traveling, covering medical treatment, reimbursements for unused prepaid trip costs and travel home.

Reimbursement rates vary by policy, so don't expect 100 percent of your losses to be covered.

Airlines often charge hefty fees to change flights, but that can change in a crisis, especially if airports close or governments issue warnings.

British Airways allowed customers who'd planned to travel to Nice the weekend after the July 14 attacks to change their date of travel or rebook to an alternative destination. Following the coup attempt in Turkey, British Airways allowed customers with bookings through July 24 to rebook to a later date or use the value of their ticket toward an alternative destination.

Hotel chains and car rental companies often allow cancellations with no penalty until a day or two before arrival. But discount rates and package deals are sometimes nonrefundable, so check the terms. If you booked with a tour company or resort that has multiple locations, ask about a credit for another location.

Booking website policies vary. Expedia does not charge cancellation fees but cautions users that hotels and other providers may charge fees depending on their terms and deadlines. On Airbnb, hosts choose their cancellation policies, ranging from a full refund up to one day prior to arrival (except fees), to "strict" policies with just a 50 percent refund up until a week prior to arrival (except fees).

Some credit cards offer protection if used to book a trip that's disrupted by an event like the terror attacks that closed the Brussels airport, according to Brian Karimzad, director of Miles.com, which compares credit card travel rewards. Karimzad says Chase Sapphire Preferred and Citibank ThankYou Rewards cards are among those that cover losses in some circumstances.

DATA ON THE JITTERS

Isolated incidents don't usually dampen travel, especially if authorities respond appropriately and tourists were not targeted. But repeated events — like the bombings in Turkey that preceded the coup attempt — have an impact. Bookings for international arrivals in Istanbul from July through December were down 36 percent compared to a year ago even before the coup attempt, according to ForwardKeys.com, which analyzes 14 million reservations' transactions daily.

Travel to many European countries from June through August is also "underperforming" compared to last year, ForwardKeys said, likely reflecting the impact of terror attacks, the migrant crisis and other bad news. Declines in summer bookings range from 23 percent in Belgium to 11 percent for France and 6 percent for Germany.

ForwardKeys also found an overall decline in arrivals to Zika-affected regions this year. One exception: Travel to Brazil for the Olympics appears strong. As of early July, bookings for Rio during the period July 27-Aug. 21 were 148 percent ahead of where they were at the equivalent time last year, ForwardKeys said.

Olympics do not always increase tourism. Britain's Office for National Statistics reported a 5 percent decline in visitors when London hosted the games in August 2012 compared to the year before.