A Southern California man has been arrested after posting graphic YouTube videos shot at a downtown San Diego hotel in which he appears to be practicing for a mass shooting with assault-style weapons.

SAN DIEGO - A Southern California man has been arrested after posting graphic YouTube videos shot at a downtown San Diego hotel in which he appears to be practicing for a mass shooting with assault-style weapons.

Steven Homoki, 30, Spring Valley, was taken into custody Thursday in connection with the videos, according to reports. The videos show him loading and unloading the assault weapons which he then points down at pedestrians passing below the window. He can also be heard describing to himself what he is doing.

Homoki appears to have recorded himself with a body camera, NBC 7 San Diego reported. 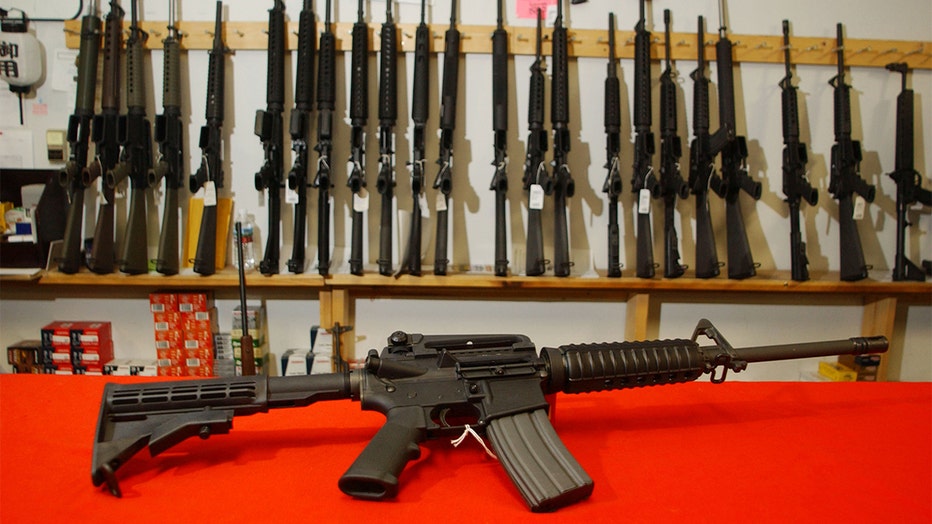 DENVER - SEPTEMBER 13: A Colt AR-15, now legal with a bayonet mount, flash suppressor, collapsible stock and a high capacity magazine that holds more than 30 rounds, sits on the counter of Dave's Guns September 13, 2004 in Denver, Colorado. Between 1

His arrest came after an investigation into the videos by the San Diego Joint Terrorism Task Force.

“Just three days ago Mr. Homoki was an unknown poster of disturbing videos and is now behind bars, his threats neutralized,” the station quoted the head of the San Diego FBI Office Scott Brunner as saying.

Homoki posted the videos under a pseudonym in September, Fox 5 and other local media reported.

The videos were shot in March, NBC7 reported.

The station reported that police seized 14 registered firearms, including two assault-style rifles, from Homoki's home when he was taken into custody.

During a jailhouse interview Sunday with CBS 8 San Diego, Homoki said that looking back, the videos don’t look good and have gotten blown out of proportion.

"It was a curiosity, a miniature art project for myself,” he told the station. “Just to get into a mindset and just kind of booked a night in a hotel to relax and do something fun and different. These were supposed to be private videos, not public."