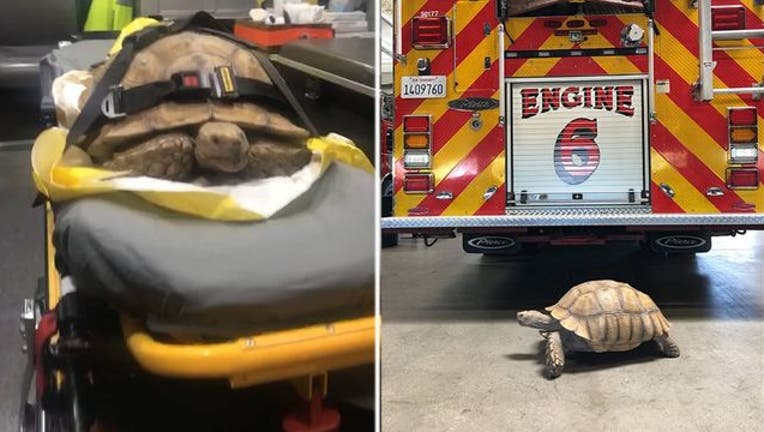 FOX NEWS - A fire and rescue squad in California is trying to find the owner of a tortoise that was discovered by paramedics Thursday taking a slow-and-steady stroll in El Cajon.

Heartland Fire & Rescue took to Facebook about the quest for the unidentified owner, telling followers that the “rather interesting patient” was found “slowly” walking on the sidewalk.

“Unable to outrun the paramedics, and possibly suffering from a little ‘shell shock,’” the tortoise was brought to the city’s animal shelter, where it’ll be cared for until someone comes to pick it up, the fire & rescue squad wrote.

“All in a day’s work!” the Facebook post said, offering photos of the stray animal. One showed it securely fastened to a gurney. In another, it is seen posing near a firetruck.