Brightline's first Orlando train set is making its way down to Central Florida from Jacksonville, headed to their West Palm facility later this week.

BREVARD COUNTY, Fla. - Passenger coaches for Florida's high-speed rail service Brightline have rolled off the assembly line in California and are gearing up for a cross-country trip to West Palm Beach.

"In the upcoming days, the newest train will depart the factory on a cross-country excursion to West Palm Beach, FL where it will be stationed in preparation for Brightline’s high-speed rail corridor expansion, set to connect Orlando to Brightline's current route from Miami to West Palm Beach," officials said Tuesday.

In a statement to FOX 35 News, we're told the first trainset is expected to come through Brevard County this week on the Florida East Coast railway. 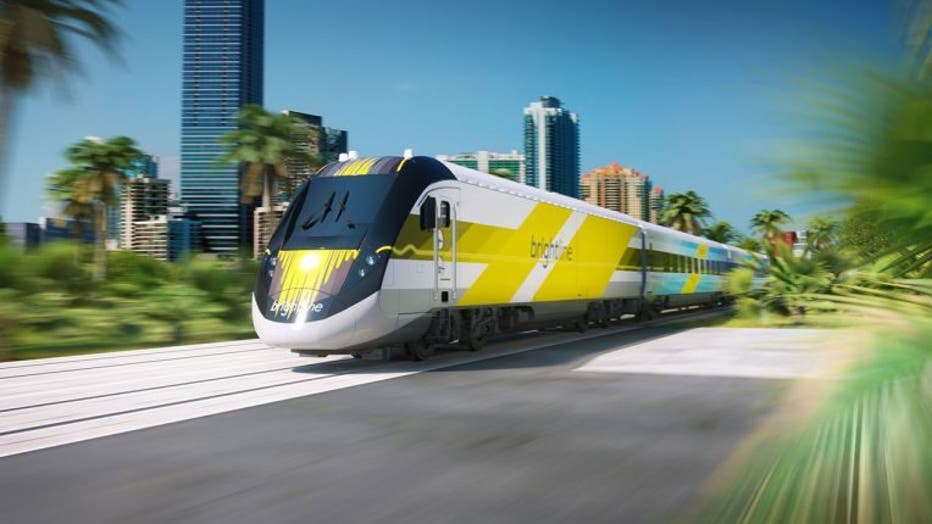 Officials say construction on Brightline’s forthcoming 170-mile service extension from West Palm Beach to the Orlando International Airport is more than 60 percent complete and is on track for
completion in late 2022.

Because it is expected to create thousands of jobs, Brightline could generate more than $6.4 billion in economic impact in the state of Florida.

Brightline will resume its operations between Miami, Fort Lauderdale and West Palm Beach in
November.