The past 48 hours in Brevard County have seen major developments in a high-profile case.

BREVARD COUNTY, Fla. - The past 48 hours in Brevard County have seen major developments in a high-profile case.

And some of what they want, they’ll get.

Brevard County Sheriff Wayne Ivey says he will not release the jail tape in the death of Gregory Edwards because it would show too many security details about the jail.

However, he is asking for Florida’s Department of Law enforcement (FDLE) to look over everything about the case.

Until now, this was being handled internally, while the public was calling for an outside agency to intervene. 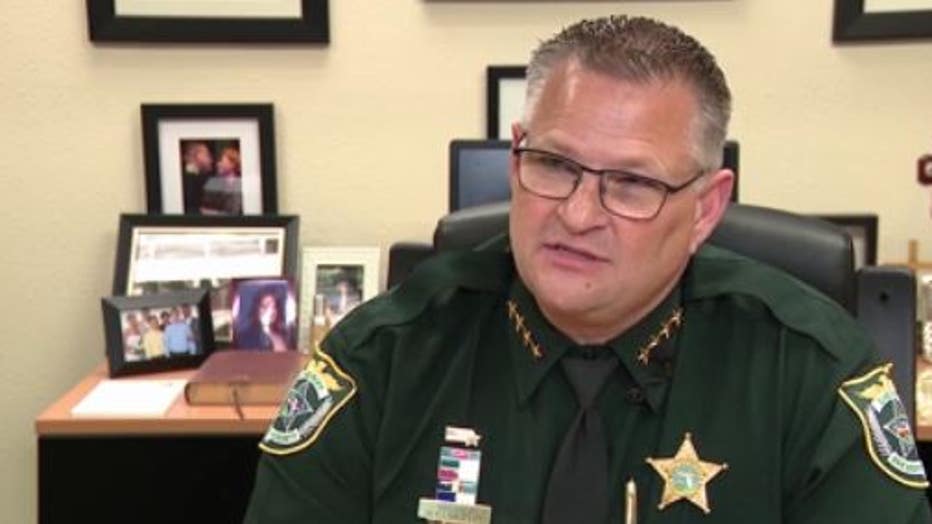 Two banners hung from the Cocoa Beach parking garage this weekend captured the public frustration, the raw feelings and the fight to know all of the facts.

Civil rights leaders and the Brevard County Sheriff’s Office have been at odds over the 2018 death of Army veteran Gregory Edwards.

"Release the tape" refers to video from inside the county jail.

That's where corrections deputies tased Edwards and used physical force to try to subdue him.

He died the next day.

His wife, Kathleen Edwards, said he suffered from PTSD and was having an episode at a West Melbourne Walmart when he attacked a stranger.

“She has said she wants to see the case, to see all of it, from start to finish and so I offered last night,” Sheriff Ivey told with FOX 35 News on Monday.

The sheriff wanted to go on the record about everything that’s happened in the past two days.

First, on Saturday, the Sheriff asked FDLE to open an investigation into how his deputies handled Edwards.

Brevard’s state attorney reviewed the case and said there was nothing criminal.

But in the public eye, the announcement about FDLE getting involved got eclipsed by an incident Sunday night.

Ivey says his deputies went to do a wellness check and he wanted to be there, too.

What happened when the two met in Edward’s driveway is now causing a whole new controversy.

There are multiple recordings of the incident, including one the sheriff's office took.

Edwards can be heard thanking Sheriff Ivey for coming, talking to him about her ideas to help veterans struggling with PTSD.

A few hours later Edwards was interviewed on Facebook by a local activist about the encounter.

Edwards says the meeting with the sheriff rattled her.

She says she was frightened by all of the deputies responding to her house.

In the audio recording, Sheriff Ivey is heard offering to show her the tape of her husband in the jail.

Edwards said, “My lawyer would have to be present. I have to get a hold off [for] my lawyer.”

“This case has been exploited for agendas. It’s been weaponized for political reasons and she doesn’t deserve that,” Sheriff Ivey said.

The sheriff says his invitation to Edwards is still on the table.

“She can come look at the tape anytime that works for her," Ivey said.

Edwards did not respond to FOX 35’s request for comment on Monday.