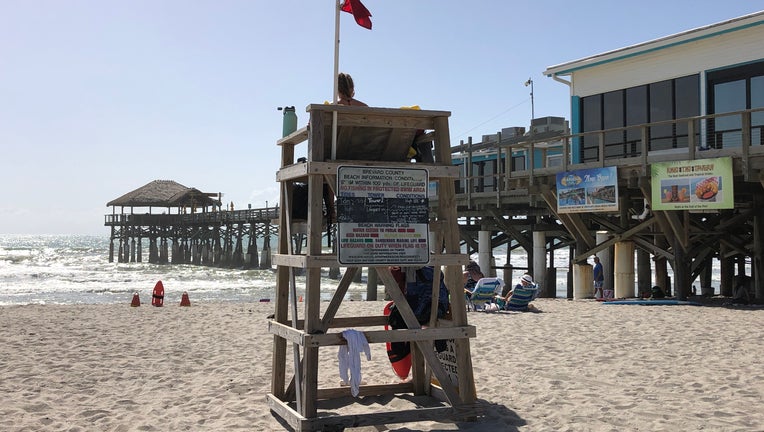 Regardless, surfers and sunbathers hung out there, getting in one last nice day before officials expected the bad weather to hit.

Grace Anderson and her mother, Susan, were on the sand visiting from Ohio.

“We will be going home tonight, instead of Wednesday night,” Grace said. “Not very happy. I was looking forward to spending the rest of the time on the beach.”

County officials planned to open twice as many shelters as needed so they could allow for social distancing.

“We’ve got employees on standby that are ready to man any shelters that we might open. We’ve identified the shelters we would open,” said Don Walker, with Brevard Emergency Management.

Until they do, people at the beach were taking advantage of the new conditions.

Locals said the only time the waves in Cocoa Beach were big is just before a hurricane gets there.

“It is not usually like this,” said Chris Duff, a Cocoa Beach surfer. “Summertime's always flat, waist-high, knee-high. Now, we're going to have some good head-high, 8-foot sweet sets coming in.”

Brevard County officials said they were watching the storm closely.

Because of the coronavirus, most of the county's emergency officials will be working from home.

Susan Anderson said it had just been a tough year.

“With the COVID and everything, it's been a trying vacation. I think we'll feel a little bit relieved with everything that's just happened.”