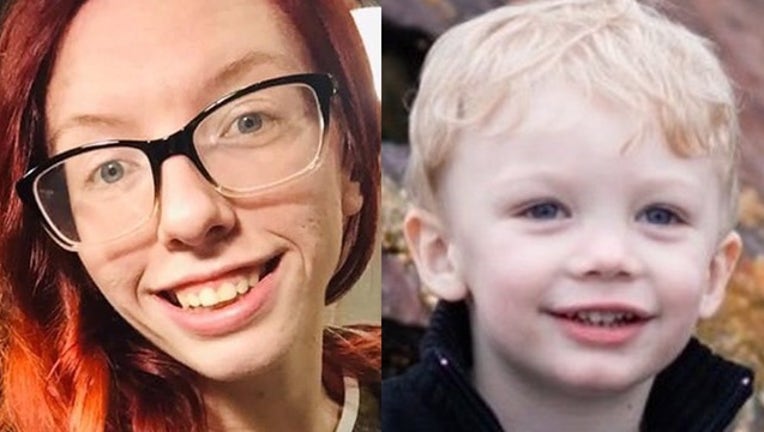 SALEM, Ore. (AP) -  The bodies of a missing Oregon mother and son have been found.

Authorities say the bodies were found Saturday in a heavily wooded and very remote area in Yamhill County.

The bodies were identified Sunday as Karissa and Billy Fretwell. An autopsy found the mother's cause of death was a single gunshot to the head, while additional testing will determine how her 3-year-old son died.

The Salem woman and her son disappeared May 13. The boy's biological father was later arrested and charged with kidnapping and aggravated murder.

Court papers show Fretwell went to court to establish that Michael Wolfe is Billy's father. A DNA test verified her claim, and Fretwell then filed a petition seeking child support.

Wolfe has been jailed without bail since May 25.