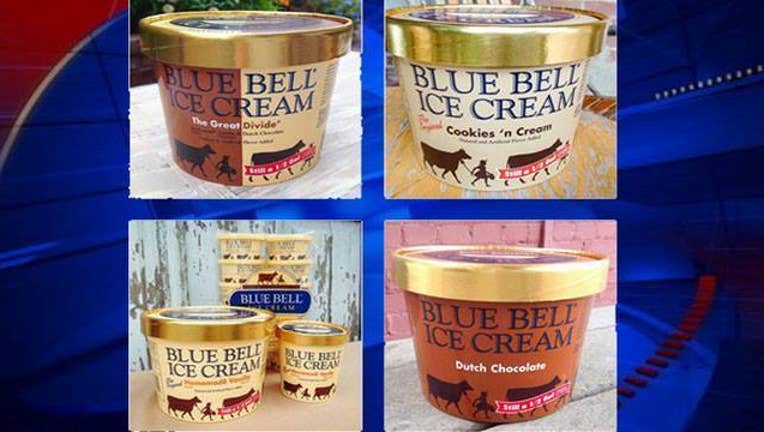 Blue Bell ice cream is now available at stores in the Houston and Austin areas, including in the company's hometown of Brenham, plus parts of Alabama.

Some retailers limited purchases as Blue Bell rolled out flavors including homemade vanilla, Dutch chocolate, cookies 'n cream and a side-by-side blend of chocolate and vanilla.

"So that all of our customers can enjoy this delicious treat, please limit your purchase to two Blue Bell items," read a sign on a freezer door at one grocery store.

A grocery store in the Houston area celebrated the return of the treats by holding a Blue Bell ice cream-eating contest Monday.

The company voluntarily recalled its products in April after they were linked to 10 listeria cases in four states, including three deaths in Kansas. Listeria bacteria can cause serious illness, especially in older adults, pregnant women and those with weakened immune systems.

The company, according to its website, collected approximately 8 million gallons of ice cream and ice cream products.

Production plants in Texas, Oklahoma and Alabama underwent an extensive cleaning and decontamination, under the regulatory oversight of health officials.

Texas billionaire Sid Bass became an investor in Blue Bell Creameries after the privately held company was unable to raise enough capital from existing shareholders, according to CEO and President Paul Kruse.