‘Black Lives Matter’ to be painted on road

The City of Orlando is having people from all different backgrounds come out to help paint the Black Lives Matter mural downtown.

Stenciling for the words began Thursday with a possible unveiling sometime over the weekend. 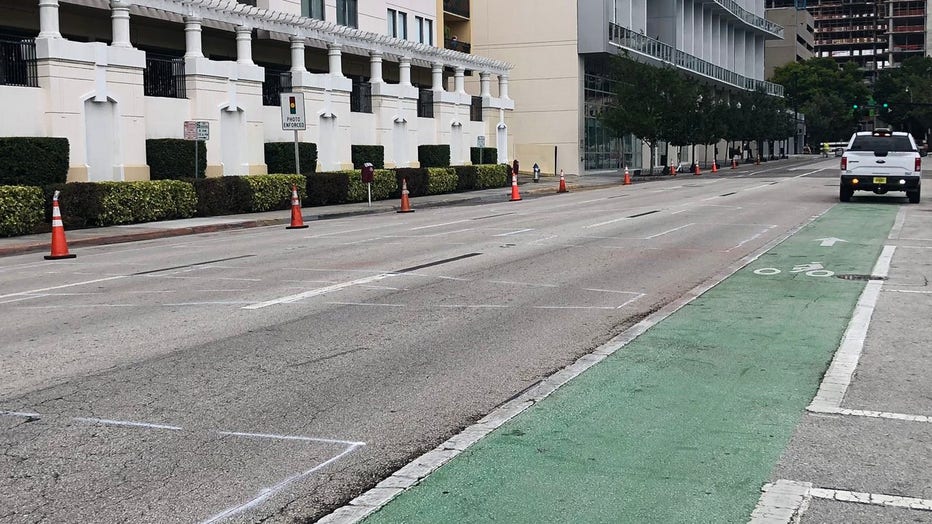 Work begins on a "Black Lives Matter" mural to be painted across Rosalind Avenue in Downtown Orlando, Thursday, June 25, 2020.

Orlando is following a trend involving other cities across the country to paint similar murals on major roadways that would be visible from a bird's-eye view.

The murals come after weeks of protests over the death of George Floyd and calls for police reform and racial equality.

A city spokesperson says that the mural will be painted in the colors of the Pan-African flag, which are red, black, and green.

District 5 City Commissioner Regina Hill said the idea came from community activists, and she spearheaded the effort with the city. She said anyone from the community is welcome to the event, which will serve as a symbolic gesture to show solidarity with the Black Lives Matter movement. "I think us coming together and unifying, and saying there is something we can do together starting right now is powerful," she said. "But it's what we do after the mural that is going to be more signicant."

Commissioner Hill said the project will cost the city $20,000. According to Hill, similar projects, like the rainbow bandshell at Lake Eola Park which was painted after the Pulse masacre, had similar costs.

Similar murals have popped up around the nation in cities such as Austin, Atlanta, Charlotte, Cincinnati, New York, Seattle, and St. Petersburg, to name a few.  (pictured below) 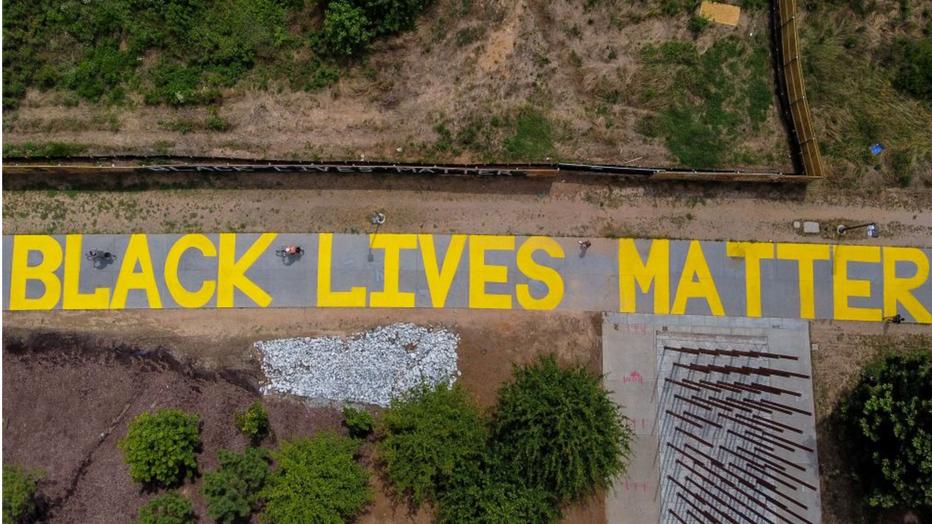 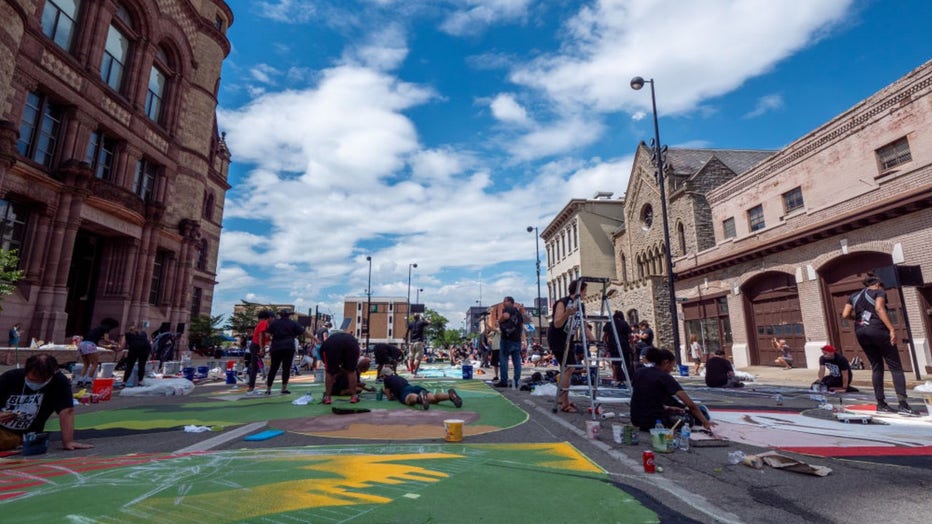 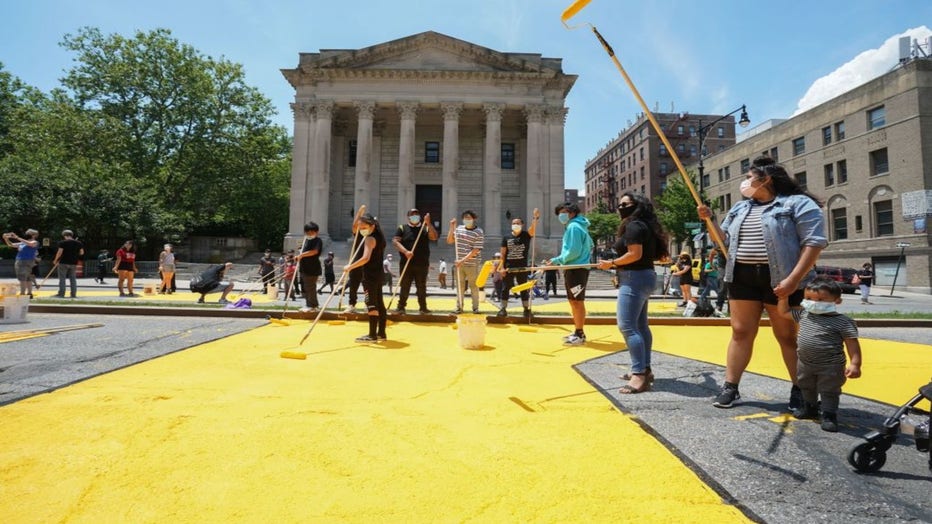 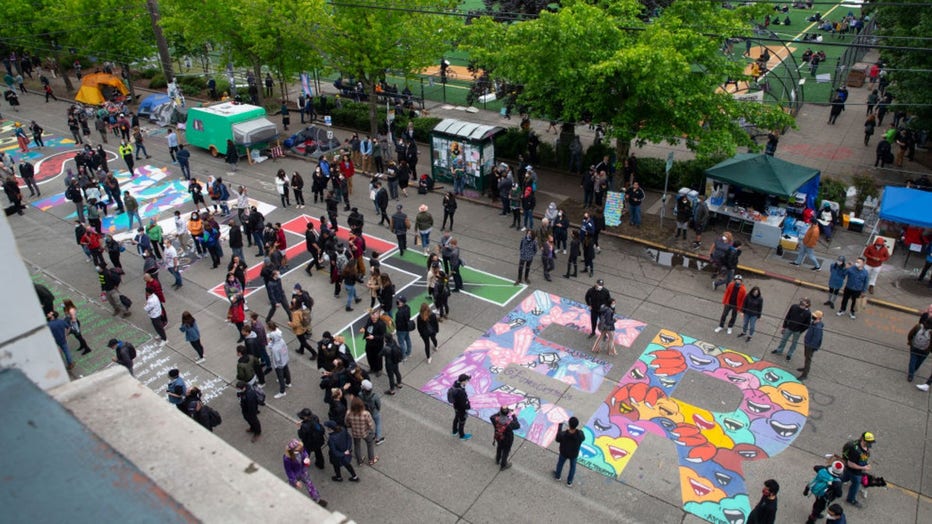 A mural on Pine Street spelling BLACK LIVES MATTER is painted along a block in an area dubbed the Capitol Hill Autonomous Zone (CHAZ) on June 12, 2020 in Seattle, Washington. (Photo by Karen Ducey/Getty Images)