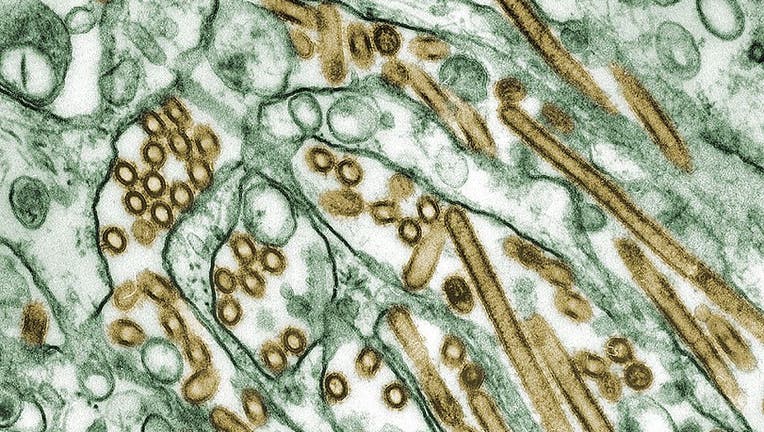 DERRY, N.H. - Dozens of birds at an animal sanctuary in New Hampshire were euthanized after an outbreak of a highly pathogenic avian flu strain.

WMUR-TV reports state officials said it’s the first confirmed diagnosis of the strain in domestic birds in New Hampshire, and the owners of Pumpkin Wall Farm animal sanctuary in Derry said they’re devastated. State workers were at the animal sanctuary Friday euthanizing what the owners estimated to be about 80 of their birds.

There have been outbreaks in other New England states and around the country since January, but mostly in backyard farms and chicken operations. The first case in Maine was identified in a backyard flock in February and the second case was discovered days later in another backyard flock.

RELATED: First wild case of bird flu detected in US in 5 years

The virus is often spread to domestic poultry by infected wild birds.

Security footage captured the moment a flock of yellow-headed blackbirds crashes into the ground on a street in Mexico’s Chihuahua state early on Feb. 7, 2022. Credit: Alejandra Herlinda Iglesias Gonzalez via Storyful

Rhode Island’s House of Representatives passed a bill this week to allow the state to set up a quarantine area to prevent the movement of domestic animals or products when there is a suspected case of a contagious animal disease, such as bird flu.

State environmental officials requested the change to help them respond to the current outbreak of avian influenza. They said that while this strain does not affect humans, it is lethal to birds and can wipe out an entire flock.

At Pumpkin Wall Farm, five turkeys suddenly died this week. Owner Brendena Fleming said wild ducks carrying the disease landed in their pond and infected the flock. She said she contacted the state veterinarian, who determined they had avian flu.

The rest of her chickens, ducks, geese and turkeys then had to be euthanized.