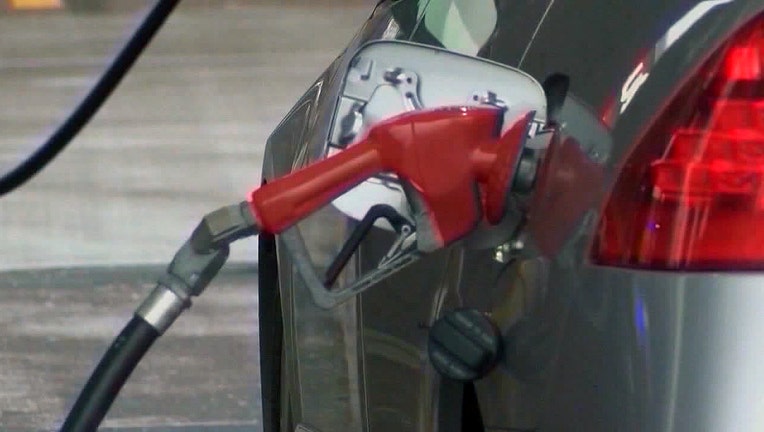 An undated file photo of a gas pump.

President Joe Biden will ask Congress on Wednesday to suspend the federal gas tax until September as Americans across the country grapple with soaring prices at the pump.

The president will urge members of Congress to institute a three-month federal gas tax holiday without stripping money from the Highway Trust Fund that finances highways and mass transit.

"I want to be very clear, the president is calling on Congress to take this step to help American families without harming the Highway Trust Fund, which is funded by these taxes," a senior administration official said Tuesday evening.

The official suggested that the federal government's budget deficit shrinking by $1.6 trillion this year gives the U.S. leeway to suspend the gas tax while using other revenues to make the Highway Trust Fund whole for the roughly $10 billion cost.

The federal government currently charges 18 cents in taxes per gallon of gasoline and imposes a 20% tax for each gallon of diesel, the official said.

Biden will also call on states, oil companies and retailers to pause gas taxes. The Penn Wharton Budget Model published estimates Wednesday revealing that gas tax holidays in Georgia, Maryland and Connecticut saved consumers money at the pump. Most of the savings in these areas went to consumers instead of service stations and others in the energy sector.

The cost of gas began to soar last fall and continued to rise following Russia's invasion of Ukraine in late February, although the administration is framing the increase in gas prices as the "Putin price hike."

RELATED: Florida gas prices near $5 a gallon: The mistake that could be costing you more money

"[Biden] believes that states, oil companies and retailers have a responsibility in this unique moment – to do their part to ameliorate Putin's price hike," the official said. "He's calling on states to suspend their gas taxes or else find other ways to deliver the same relief, such as consumer rebates or relief payments."

The official further stated that the president is pushing for the gas industry and oil retailers to cut the price of gas as oil prices begin to lower.

"He is also calling on the industry to put its record profits to work and step up with more supply and more refining capacity to bring down gas prices and specifically calling for major oil refineries to come to the table with concrete solutions when the secretary of energy convenes them later this week," the official said.

"And when the cost of oil does come down as it has over the last couple of weeks, the president is calling on retailers to properly lower their prices and pass the savings on to consumers," the official continued.

The national average for a gallon of gas currently sits at near $5. Before this year, the highest national gas price average ever recorded by AAA was $4.114 per gallon in July 2008.

The president accused oil refiners of driving up gas prices in letters sent last week to seven refinery operators, including Chevron, ExxonMobil and BP. But oil refiners have said their ability to produce additional gas and diesel fuel is limited.

The American Petroleum Institute and American Fuel & Petrochemical Manufacturers sent a joint letter to Biden last week saying that refineries are already operating close to their maximum capacity and nearly half of the capacity taken off-line was because of the facilities converting to renewable energy production.

And Chevron CEO Michael Wirth wrote a letter to Biden Tuesday pointing out that the company works every day to "help provide the world with the energy it demands and to lift up the lives of billions of people who rely on these supplies."

He continued, "Notwithstanding these efforts, your Administration has largely sought to criticize, and at times vilify, our industry. These actions are not beneficial to meeting the challenges we face and are not what the American people deserve."

Energy Secretary Jennifer Granholm will meet with the top seven refineries later this week about how the federal government can assist in increasing refining capacity.

Biden's ex-boss, former President Barack Obama, called a gas tax a "gimmick" on the campaign trail back in 2008. At the time Obama said a gas tax holiday was a "gimmick" to save Americans half a tank of gas over the summer so that lawmakers could "say that they did something."

There is also concern about a gas tax holiday's impact on already record-high inflation. The Committee for a Responsible Federal Budget, a non-partisan group that advocates for reducing the federal budget, previously argued that suspending the tax for a 10-month period could actually increase demand for gasoline and other goods and services when the economy is already confronting high consumer demand and pandemic-induced supply chain disruptions.

While the gas tax holiday may reduce prices at the pump, it will further increase demand for gasoline and other goods and services at a time when the economy has little capacity to absorb it," the blog post said. "The result could be even higher rates of inflation in 2023."