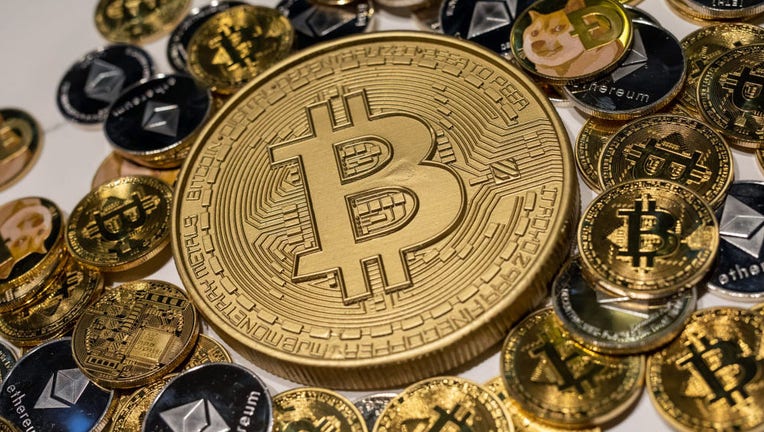 WASHINGTON - President Joe Biden is expected to sign an executive order on cryptocurrency this week that will mark the first step toward regulating how digital currency is traded.

The move comes as administration officials have raised concerns in recent weeks about Russia’s use of cryptocurrency to evade the impact of crushing sanctions in response to its invasion of Ukraine. The sanctions have sent the ruble to historic lows and have closed the country's stock market.

Two people familiar with the process said the executive order on cryptocurrency was expected to be issued this week and it had been in the works long before the war. Both people spoke on condition of anonymity to preview the order.

RELATED: What is cryptocurrency?

The order is expected to describe what government agencies, including the Treasury Department, need to do to develop policies and regulations on digital currencies.

It is expected to include a request for the State Department to ensure that American cryptocurrency laws are aligned with those of U.S. allies and will ask the Financial Stability Oversight Council — which monitors the stability of the U.S. financial system — to study illicit finance concerns.

Additionally, the order will explore the possibility of a new central bank digital currency. The Federal Reserve issued a paper on the topic in January that explores the risks and benefits of U.S.-backed digital currency.

Implicit in the order will be that cryptocurrency will remain a part of the U.S. economy for years to come. The White House's plans to move forward with the executive order were first reported by Bloomberg News.

RELATED: Cryptocurrency and taxes: IRS has watchful eye as trading increases, what to know

While U.S. officials have played down the significance of cryptocurrency to Russia’s ability to evade sanctions, it remains a concern.

"We will continue to look at how the sanctions work and evaluate whether or not there are liquid leakages and we have the possibility to address them. I often hear cryptocurrency mentioned and that is a channel to be watched," Treasury Secretary Janet Yellen said last week.

A senior administration official who spoke on condition of anonymity said the president's national security team has already been on the lookout for the use and creation of front companies and alternative financial institutions that Moscow might try to employ to get around sanctions.

Crypto is one of several spaces that the Biden administration is looking to shore up as it tries to make certain that sanctions on Russia have maximum impact. The official said past experiences in Iran and Venezuela with sanctions evasion are informing the administration’s efforts.

Additional export controls and new sanction targets are also expected to be unveiled in the days and weeks ahead to counter Russian sanction evasion efforts, the official said.

On Monday, Treasury's Financial Crimes Enforcement Network issued an alert advising financial institutions to be "vigilant" against any efforts to evade sanctions in connection with Russia's war in Ukraine.

"Although we have not seen widespread evasion of our sanctions using methods such as cryptocurrency, prompt reporting of suspicious activity contributes to our national security and our efforts to support Ukraine and its people," acting Director Him Das said in a statement.