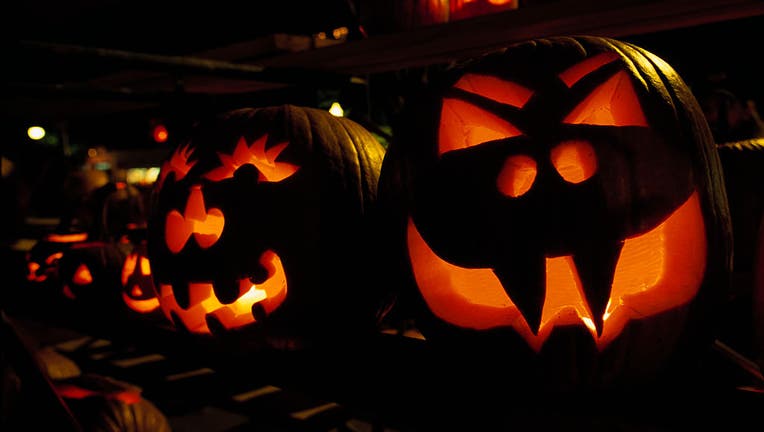 Retailer Bed Bath & Beyond have removed their black jack-o-lanterns from store shelves after receiving complaints that they were a form of blackface.

News 12 reports that the all-black pumpkins with two white eyes were on display at a law firm in Nyack, New York as decoration for Halloween. Community members complained and the law firm Feerick Nugent MacCartney removed them. The firm said they did not mean to offend anyone.

RELATED: Trick-or-treating over age of 12 could earn jail time in Virginia town

“We understand that someone complained about them and so once we got word of that we immediately took them down,” Mary Marzolla, a partner at the law firm, told News 12.

Wilbur Aldridge with the NAACP said that the black jack-o-lanterns are "an extreme lack of sensitivity."

"By now I would believe everyone [would] know that anything in blackface is offensive," he said in a statement. "Equally as offensive is that a retail store would have such an item in [their] inventory for general purchase.”

USA TODAY reported that the pumpkins, which were only available online, had been removed from the retailer's website.