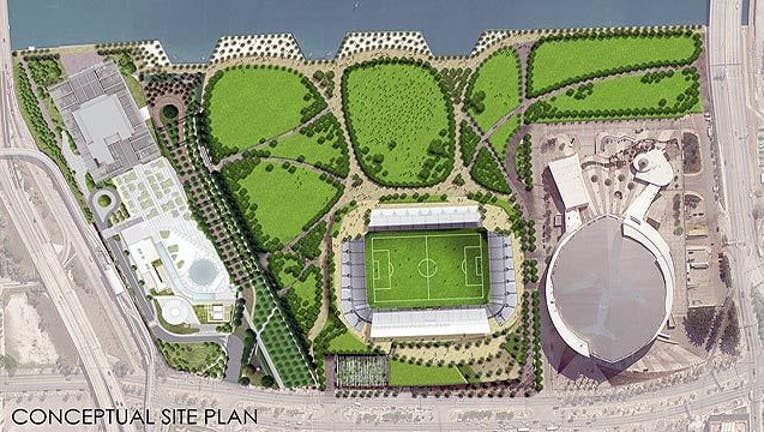 MIAMI (AP) - David Beckham just might get his soccer stadium after all.

The Miami Herald reports that Mayor Tomas Regalado said Friday that he would seek approval from the city commission to begin negotiations on how Miami could provide the land for the privately-financed stadium which would be built next to Marlins Park. The stadium would house an expansion Major League Soccer team that would be owned by Beckham's group.

The retired English star and his partners remain in talks with the University of Miami about possibly relocating the Hurricanes' football team to the stadium. If that happens, the stadium would grow from 25,000 seats to 40,000. The estimated cost is up to $250 million.

Marlins Park is in Little Havana, just west of downtown.