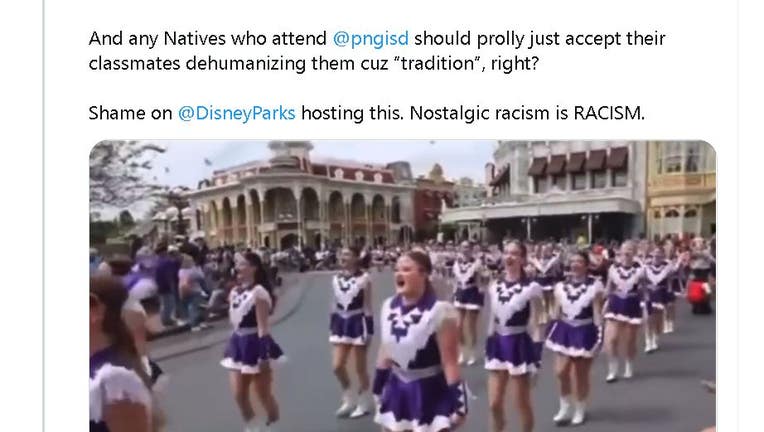 The drill team from Port Neches-Groves Independent School District was invited to perform a routine on Main Street USA.

Before the performance, we're told officials with Disney asked the Indianettes not to wear their headdresses for the performance.  Which they agreed to.

However, their routine ended up including Indian chants and ‘scalp ’em.'

Disney Spokesperson Jacquee Wahler said, "The live performance in our park did not reflect our core values, and we regret it took place. It was not consistent with the audition tape the school provided and we have immediately put measures in place so this is not repeated."

FOX 26 has reached out to the school district for comment. However, we haven't heard back as of this story posting.