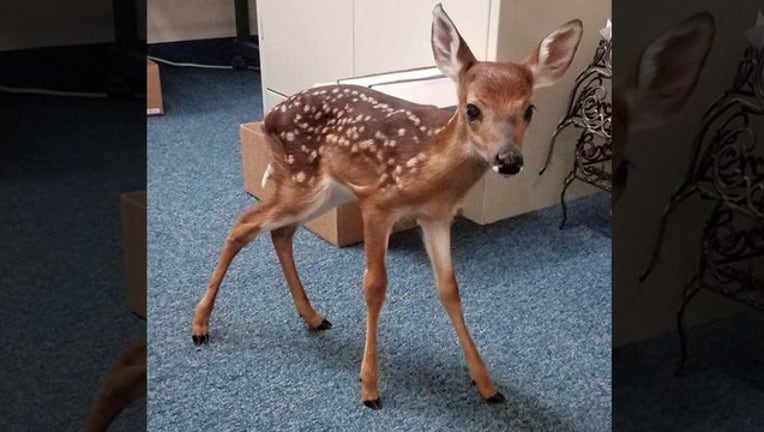 GAINESVILLE, Fla. (AP) - Firefighters say a baby deer has been rescued after his mother was hit and killed by a car in Florida.

News outlet reports cite a Facebook post from Alachua County Fire Rescue. Firefighters say the fawn was saved by a fire department employee who found him while on her morning commute to work Thursday. He was grieving beside his mother.

Kelly Dugger had discovered the days-old deer and took him to safety. Firefighters gave him to the state Fish and Wildlife Conservation Commission, where he will grow and rehabilitate with other deer.

Gainesville is the seat of Alachua County. The city is roughly 75 miles (120 kilometers) southwest of Jacksonville and around 340 miles (550 kilometers) north of Miami.