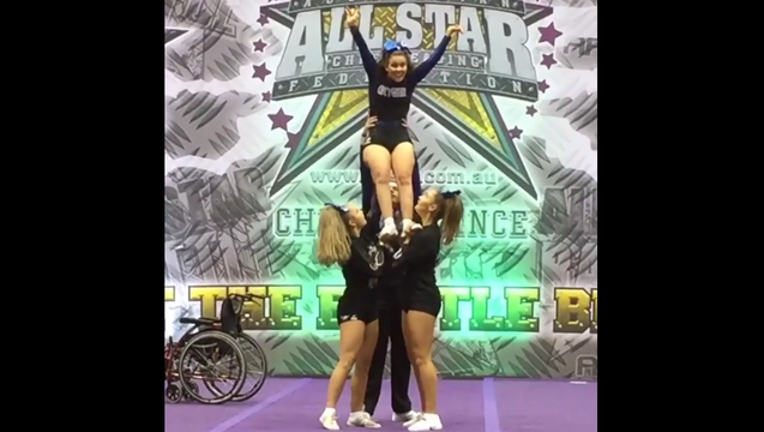 Video of the performance was posted to the Australian All Star Cheerleading Federation Facebook page, which has been viewed nearly 5 million times. (Screenshot / AASCF on Facebook)

(FOX 11) - A cheerleader in Australia, who has cerebral palsy and is confined to a wheelchair, has inspired millions of people online with video of a routine that is going viral.

Debbie Stark is on an all-ability cheerleading team, according to Australia's 9 News. The team competed at the NSW All Star Battle Cheer Edition competition in Sydney.

Video of the performance was posted to the Australian All Star Cheerleading Federation (AASCF) Facebook page, where it has been viewed more 4 million times.

Stark and three other cheerleaders perform a number of high-energy moves with Stark in and out of her wheelchair.

"Once again our Special Ability champions continue to inspire and awe us with awesome displays from Oxygen All Stars Lithium featuring the fantastic Deb," the Facebook caption reads.