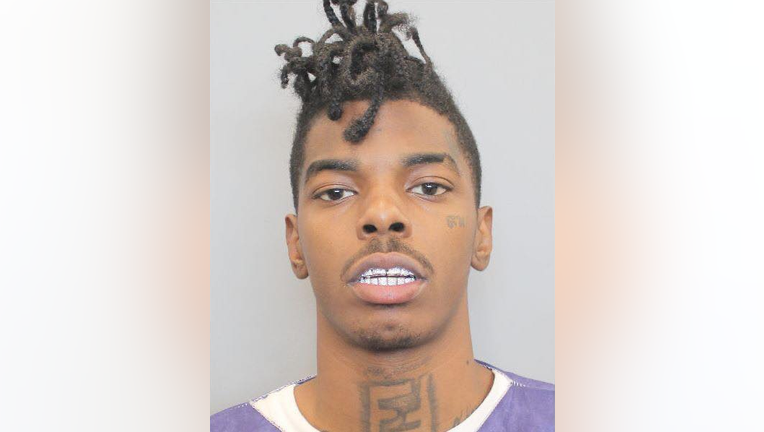 Tavores Henderson has been charged with felony murder for the fatal hit and run death of Nassau Bay Sergeant Kaila Sullivan.

HOUSTON - The suspect in death of a Nassau Bay police sergeant has been taken into custody in southeast Houston.

The Harris County Sheriff's Office says Tavores Henderson, 21, was taken into custody without incident at a home on Heritage Trail.

Henderson is charged with murder for the hit-and-run death of Nassau Bay Sgt. Kaila Sullivan.

Henderson's mother and her boyfriend are facing criminal charges for helping him evade capture by law enforcement.

Officials say two other people at the home they arrested Henderson may be charged in the future.

“We would like to extend our thanks to all the law enforcement personnel involved in the tracking and arrest of the suspect. We are also grateful to the citizens in the community that have been sharing tips and leads to assist with the arrest. We ask that you continue to keep Sgt. Sullivan and her family, as well as the officers and staff of the Nassau Bay Police Department, in your thought and prayers, and continue to respect the privacy of the family.”

ONLY ON FOX: Tavores Henderson’s Grandmother reacts to his arrest

The grandmother of Tavores Henderson spoke to FOX 26 in an EXCLUSIVE interview. Henderson is accused of killing Nassau Bay Police Sgt. Kaila Sullivan.

Police say Henderson struck Sgt. Sullivan with his vehicle while he was fleeing a traffic stop around 8:30 p.m. Tuesday. She passed away at the hospital.

Multiple law enforcement agencies immediately began searching for Henderson. SWAT surrounded a house in the Sunnyside area early Wednesday morning where they believed the suspect had barricaded himself in his mother's home. Upon entry, they realized he was not inside.

Authorities then released his identity and asked for the public’s help locating the suspect. A combined $20,000 reward was offered for information leading to his arrest.

At 1:30 p.m. Thursday, the sheriff’s office said Henderson was taken into custody in Houston. 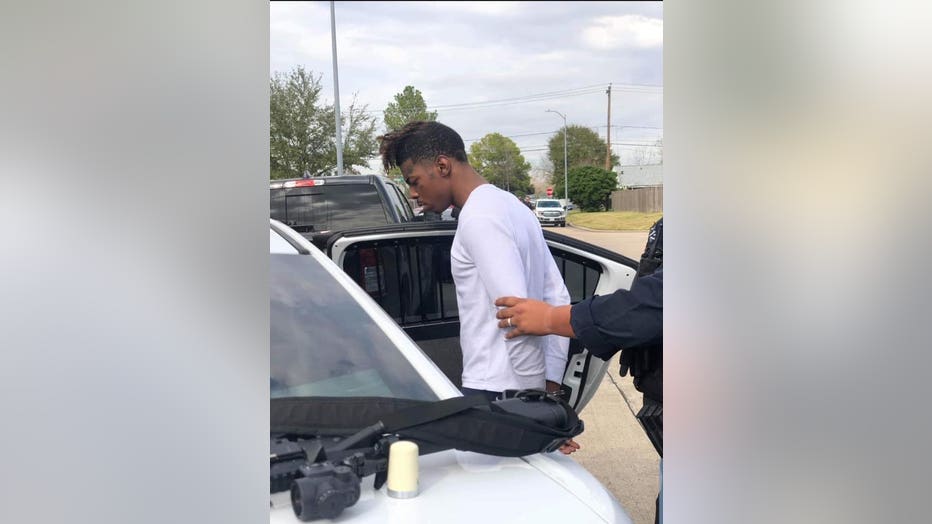 Tavores Henderson was taken into custody without incident. He's charged with felony murder in the death of Nassau Bay Sgt. Kaila Sullivan.

Sgt. Sullivan, a 15-year veteran of the department, was assisting with a traffic stop in the parking lot of an apartment complex on San Sebastian Court on Tuesday night.

Authorities say the driver was found to be wanted on a warrant out of Harris County for assault on a family member.  During the arrest, police say the suspect broke away from officers, got back into his vehicle, drove away, and at some point struck Sgt. Sullivan with the vehicle.

Sgt. Sullivan was rushed to the hospital, where she passed away. 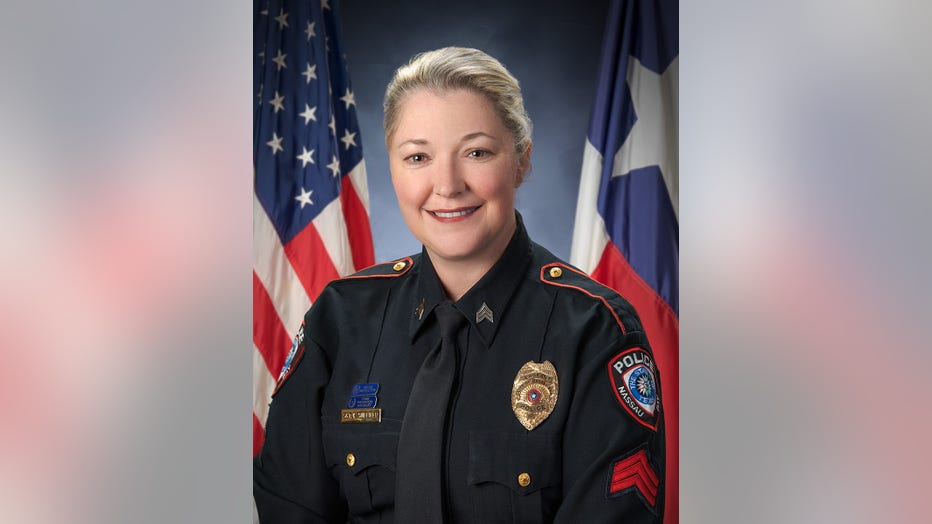 Sgt. Sullivan was a resident of Friendswood. December 27 would have been her 16th anniversary with the Nassau Bay Police Department.

Not only is Sgt. Sullivan the first Nassau Bay officer ever killed in the line of duty, an officer there has never even been injured.

The 43-year-old sergeant leaves behind her spouse after just getting married last summer, her 15-year-old son, and countless sisters and brothers in blue who are left heartbroken.

"She was one of those good examples of what a good officer is,” explains Capt. Clemente Rodriguez with the Rice University Police Department. Capt. Clemente worked with Sgt. Sullivan for two years when she was a Rice U Officer. "That she’d been killed last night in the line of duty it really set me back and it was really hard to digest."

There was a candlelight vigil for Sgt. Sullivan Wednesday night.