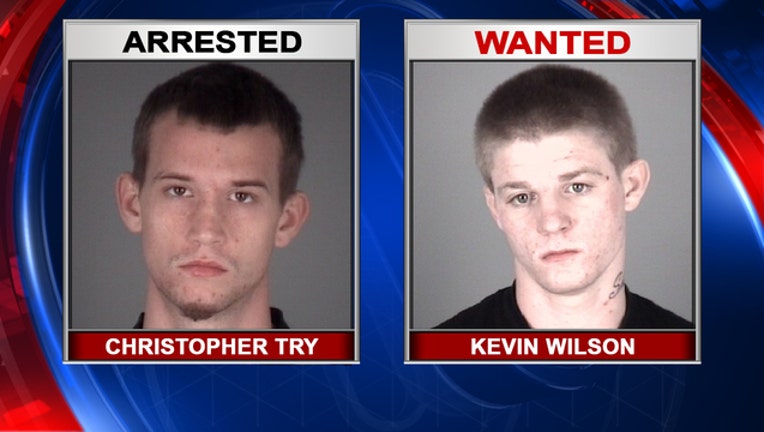 NEW PORT RICHEY (FOX 13) - Deputies have arrested one of the two men named as "persons of interest" in the Pasco County hit-and-run that sent a teen to the hospital.

Christopher Try, 20, was arrested late Wednesday night in relation to the hit-and-run crash that was caught entirely on video. He is charged with felony leaving the scene of an accident involving an injury and reckless driving that resulted in damage to person or property.

Try is being held at the Land O'Lakes Detention Center with bail set at $10,500, jail records show.

Try's arrest comes after mosquito control workers discovered the SUV involved in the crash in a heavily wooded area near 4639 US Hwy 19, along a private drive behind a Hyundai dealership.

Authorities are still looking for 23-year-old Kevin Wilson, the other person of interest in the case.

FHP told FOX 13 the gold Ford Expedition seen weaving erratically through the streets was reported stolen by its owner in New Port Richey a day after the accident. It's unclear if troopers believe that story.

Anyone with information on the persons involved or Kevin Wilson's location should contact the FHP by calling *FHP (*347) or 813-631-4020.