President Biden laid out details of the Student Loan Debt Plan, forgiving $20,000 of debt for Pell Grant recipients and $10,000 for all other student loan borrowers. The payment pause has also been extended one more time through December 31, 2022.

The White House released more information about the timeline for federal student loan borrowers to see up to $20,000 of their debt forgiven.

President Joe Biden announced earlier this week that many Americans can have up to $10,000 in federal student loan debt forgiven, and up to $20,000 for those who qualified for Pell grants.

Applications for student loan relief will become available in early October, White House administration official Bharat Ramamurti, who is the deputy director of the National Economic Council, said during a press briefing. And the timeline for processing applications should clear borrowers to see their loan relief before the interest pause expires on Dec. 31.

"Once the borrower completes the application, they can expect relief within four to six weeks," Ramamurti said. "So borrowers are advised to apply by roughly November 15th in order to receive relief before the payment pause expires on December 31st."

Applications, of course, will still be accepted even after the pause expires on Dec. 31.

Borrowers can sign up at StudentAid.gov to get notified via email when the application goes live.

Not everyone who is eligible for loan forgiveness under Biden’s plan will have to fill out an application.

The Education Department already has income data for about eight million people, which is about 20% of borrowers, Ramamurti said. If those people qualify based on the income on file, they’ll get relief automatically.

It’s unclear right now how a borrower can determine if the Department of Education has that info. 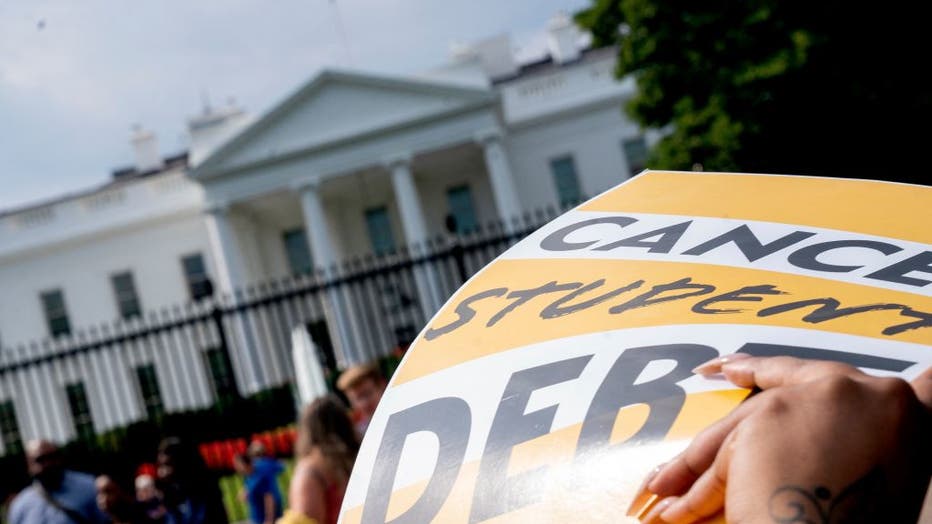 An activist holds a cancel student debt sign as they gather to rally in front of the White House in Washington, DC, on August 25, 2022. (Photo by Stefani Reynolds / AFP via Getty Images)

RELATED: What student loans are eligible for forgiveness? Here's a breakdown

Ramamurti said the debt that is being relieved under Biden’s plan is estimated to equal what would have been about $24 billion a year on average over the next 10 years in payments. He said the cost of erasing this debt will be covered by a projected surplus in the federal government’s budget.

"Let’s put that $24 billion in context," he said. "That represents 1.5 percent of the deficit reduction that we are projecting for this fiscal year before the announcement. And it is far less than the $350 billion-plus that we’ve already done in PPP loan forgiveness since last July."

He said the government is on track for a $1.7 trillion deficit reduction this year.

"That means, practically speaking, compared to the previous year, 1.7 trillion more dollars are coming into the Treasury than are going out. And we’re using a portion of that — a very small portion of it — to provide relief to middle-class families, consistent with the President’s plan," he explained.

Biden’s plan includes forgiving $10,000 in federal student loan debt for those with an income less than $125,000 individually or $250,000 for a family. If a borrower received Pell grants, which are reserved for undergraduates with the most significant financial need, they can have up to $20,000 forgiven. 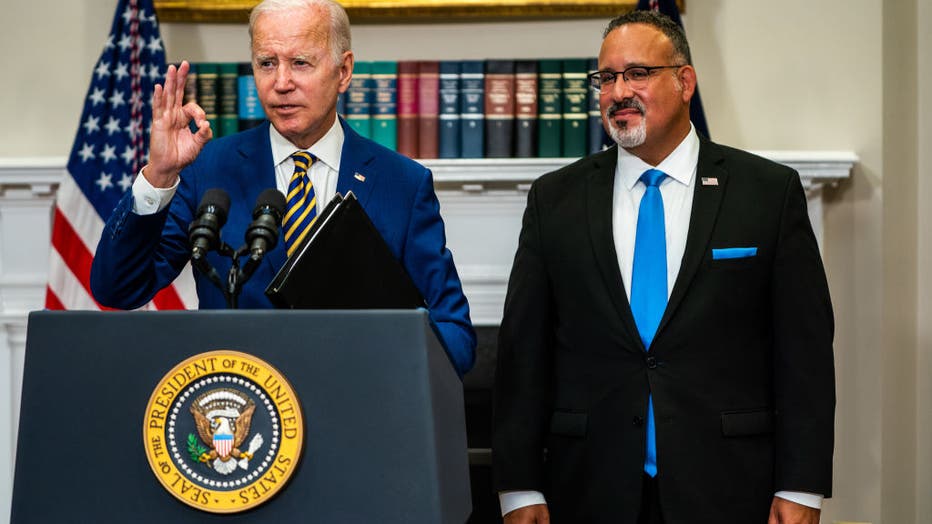 The freeze started in 2020 as a way to help people struggling financially during the COVID-19 pandemic and it's been extended several times since. It was set to expire Aug. 31.

Interest rates will remain at 0% until repayments start. Under an earlier extension announced in April, people who were behind on payments before the pandemic automatically will be put in good standing.

Another aspect of Biden’s reformed income-based repayment of federal student loans. Borrowers who have undergraduate loans can cap repayment at 5% of their monthly income, down from a previous 10%.

"It was really important to the President that this package of proposals not just be relief for current borrowers; it’s a reform to the system so that future borrowers also get more manageable debt loads going forward," Ramamurti said. 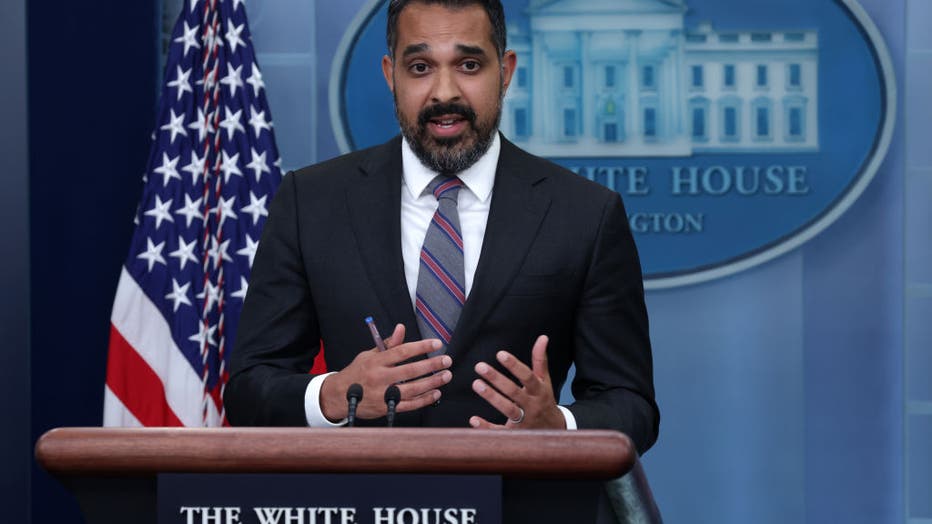 The total amount of federal student debt is more than $1.6 trillion.

With inflation at its hottest level in four decades, a shrinking U.S. economy, and climbing interest rates, repaying student loans could become even more challenging for borrowers.