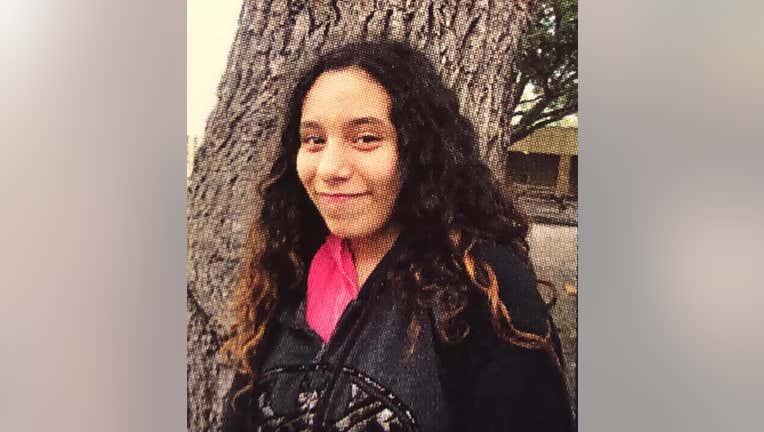 HONDO, Texas - Hondo police are asking for the public's help in finding a 14-year-old girl from Hondo, Texas.

Police say Eva Garcia was last seen on October 16. She is described as being 5'02" and 110 lbs. She has brown hair, brown eyes, and was last seen wearing black shorts, a black and white shirt, and pink sandals.

Law enforcement officials believe the teen is in grave or immediate danger.

Anyone with information on her disappearance is urged to contact the Hondo Police Department at 830-741-6153.