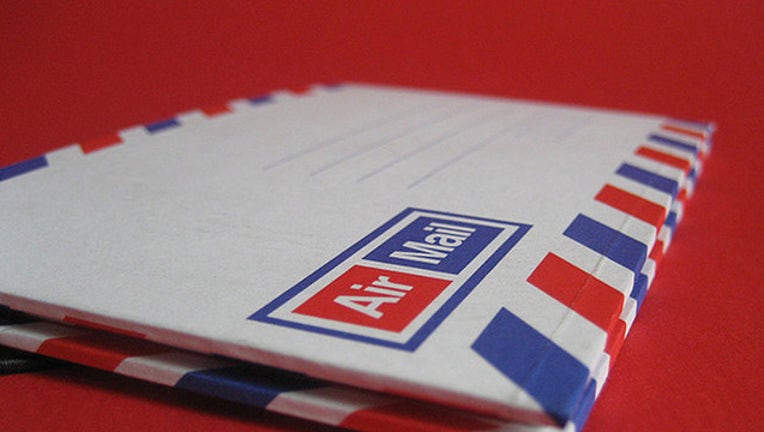 BALTIMORE (AP) — State prison officials in Maryland want to impose the nation's first total ban on letters to inmates at state facilities, requiring that any unofficial mail be sent as postcards instead. Their goal is to stop Suboxone, an addictive drug sold in thin strips that are easily concealed inside envelopes, from flooding into Maryland's prisons.

Emergency regulations to limit inmate letters to legal correspondence were proposed last month to a state legislative panel by the Maryland Department of Public Safety and Correctional Services, but lawmakers got pushback from the American Civil Liberties Union about the impact on inmates' rights.

"At the request of the ACLU, we have asked the department and the interested parties to see if they could resolve differences and provide some option other than the flat prohibition on anything other than postcards," said Del. Samuel Rosenberg, a Baltimore Democrat who is co-chairman of the legislative panel.

The state says it intercepted more than 3,000 hits of Suboxone behind bars last year, roughly 44 percent of which were found in incoming letters. But the ACLU considers a ban on letters unconstitutional, and sent prisons Secretary Stephen Moyer a letter Tuesday night urging him to reconsider.

"The proposal would rob families of one of the most profoundly significant forms of communication in our society," the ACLU said. "Under the new scheme, an ailing mother could not send her son a letter for him to hold onto after she is gone. A teen could not write her mom to tell her the things she can't say in a visit."

The ACLU argues that the very fact that so many doses of Suboxone have been recovered from letters is a testament to the effectiveness of the current system of mail vetting.

Also, maintaining close ties to friends and family outside prison is "one of the most critical factors in a person's success upon release," the letter said.

"Our goal is to reduce the amount of contraband coming into our facilities through the mail," Moyer said in a statement.

Although Maryland would be the first state to enact such sweeping limitations on letters, local jurisdictions across the country have instituted similar bans. The ACLU sued the sheriff in Wilson County, Kansas, over its postcard-only policy. A Florida jail revoked its letter ban to settle a similar lawsuit.

Some state agencies have banned particular kinds of mailed material in an attempt to keep out Suboxone, which also can be dissolved into certain materials. Utah in 2013 banned pictures decorated with crayons, markers, glue or stickers. Pennsylvania banned greeting cards that arrive in colored envelopes. The ACLU sued the New Hampshire prison system last year over a similar ban on greeting cards and artwork.

Teresa Hodge, co-founder of Mission: Launch Inc., a nonprofit dedicated to facilitating the re-entry of inmates into society, said her 70 months in federal prison for investment fraud would have been unbearable without letters.

"We want people to come home as successful and self-sufficient and civically engaged, and part of that is staying in touch with the rest of the world and in your children's lives," she said. "My aunt, every other week she sent me a letter. She died soon after I was released. I still have the letters she sent me. I missed out on being able to be with her, but I have her letters."

Hodge added that she got a job before her release because a friend's letter described an opportunity.

"The biggest concern is, what condition will we return people in, and how will they connect post-incarceration?" Hodge said. "The fact that we'd make communicating with family, friends, support network even more challenging is really disturbing."