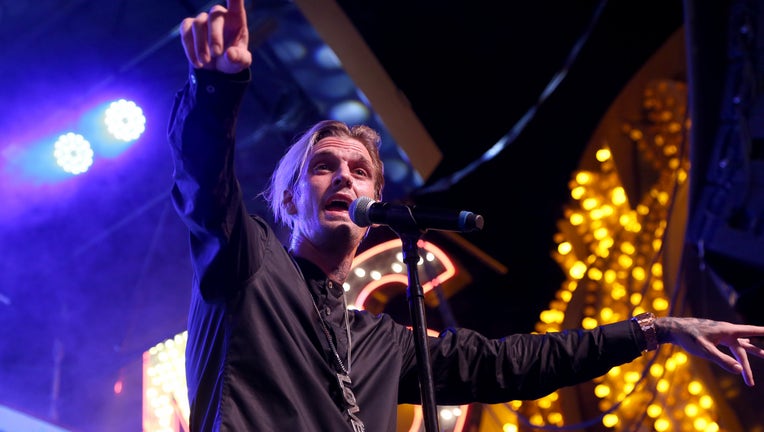 Aaron Carter was visited by police and paramedics at his home Wednesday night who were worried about a possible overdose that was later deemed a false alarm.

The 32-year-old musician was doing a live stream with his fans when he dozed off with the video still going on. The sudden unresponsiveness worried viewers enough to call the cops. In a clip from the stream obtained by TMZ, police can be heard entering Carter’s bedroom and waking him up without incident.

Carter told the outlet that police broke into his place after no one answered the front door. The star was found asleep in his bedroom with the music from the live stream still playing. Carter explained to officers that he was not suicidal nor had he taken any pills or threatened to harm himself. The first responders ultimately deemed the incident a false alarm.

Representatives for Carter did not immediately respond to Fox News’ request for comment.

Ironically, the live stream mishap comes weeks after Carter told fans on Twitter that he was planning to take a break from interacting with fans online.

"Taking a break from all social media and some time for myself," Carter wrote. "There’s been a lot of stressors building up and I’m going to be 32 soon."

Police were reportedly worried about a possible overdose given Carter's history with drugs. In September, the star revealed during an appearance on “The Doctors” that he was taking a slew of medications to combat multiple medical diagnoses.

He later stated that he’s been working with health professionals to wean himself off the many medications he was on prior to his appearance on the show. However, his behavior has been called into question amid a legal battle with his family that saw siblings Nick and Angel take out restraining orders against him.