7-year-old Abigail Arias, an honorary police officer, has died after a battle with cancer and being placed in hospice care. Shortly before her death, she attended the World Series and met her favorite player, Jose Altuve.

Abigail, 7,  got her wings Tuesday around 8 a.m. She was surrounded by her family and friends. Officers arrived at her Brazoria County home, paying their respects, escorting her flag-draped body and leading the hearse that carried her to the funeral home: An honor reserved for our heroes who protect and serve.

An emotional day for the family of 7-year-old Abigail Arias, and for law enforcement. Abigail touched many hearts while battling a rare form of cancer. She expressed her desire to become a police officer, and that lead her to being sworn in as an honorary member of several departments across the nation.

“It is with heavy hearts that we announce the passing of Abigail Arias, the child who became an officer, a change agent for good and today, an Angel.

Abigail, also known as Officer Arias 758, went to be with our Lord early this morning surrounded by her family and friends.

Her love, compassion, and most importantly, her magnanimous spirit, will live on for generations to come.

It’s both our duty and privilege to embody what Abigail taught us: to live life to the fullest, to never give up hope no matter the odds, to fight “the bad guys” passionately, and most importantly, to love one another - and always Stay Relentless!”

Arias won the hearts of many after Freeport Police Chief Ray Garivey made her an honorary police officer earlier this year. 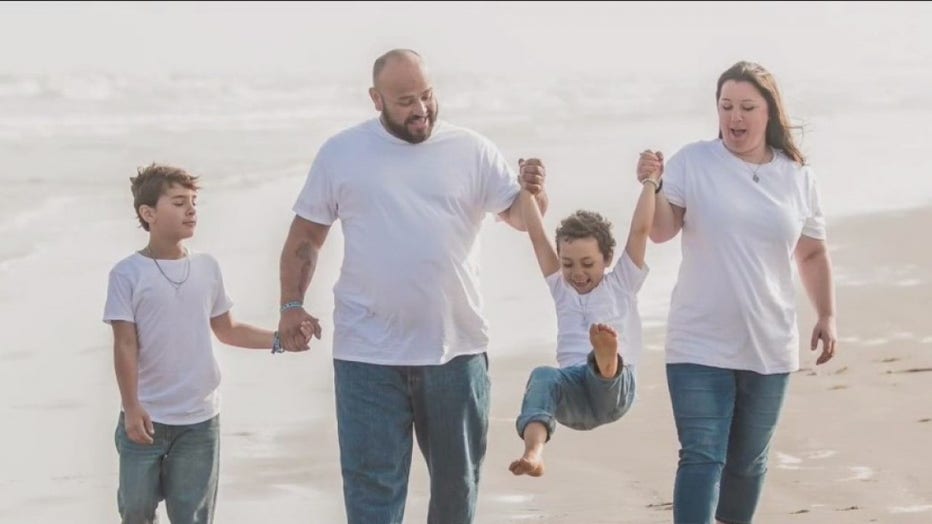 So many people are showing their love for the 7-year-old officer that there nearly isn’t any more room in the growing memorial for her in front of the Freeport Police Department, where she was an honorary officer.

"She’s remarkable and I will never forget her,” Freeport Police Chief Ray Garivey told FOX 26's Damali Keith as he choked back tears.

The brave little girl who was battling kidney cancer which spread to her lungs wanted to be a police officer when she grew up, but she didn’t have to wait to live out that dream.

"I can tell you this. I’m 28 years old and she had more courage than I do,” adds Dep. Raymond Garivey with the Harris County Sheriff’s Office. Abigail became an honorary officer at more than 20 departments, including the DEA, the Houston Police Department, Texas Rangers and Secret Service.

"She’s truly is an example of what we all should be and that’s living life to the fullest in a positive way,” says HPD Chief Art Acevedo.

In the days after, she met Jose Altuve and was his guest at Game One of the World Series, Abigail’s health continued to decline.

"We prayed, 'Lord, whatever it is, she’s in your hands. So give us that healing and get her up and running, or let her go be your angel,'” Chief Garivey explains.

"Here’s a message in a loss so young and that is we need to stop being petty and we need to think of the Abigail’s of the world and really count our blessings,” says Chief Acevedo.

"I’ll truly miss her. It just feels like she was my own. I guess that's why I’m taking it so hard,” adds Brazoria County resident Becky Perez.

"We’re happy for our little angel to be policing the heavens as we speak,” says Chief Garivey.