61 percent of Americans dread the holidays because of spending, survey suggests

A majority of people in the U.S. dread shelling out big bucks on gifts for loved ones, according to a new survey.

LOS ANGELES - From buying gifts for your loved ones to hosting the perfect party, spending during the winter holidays quickly adds up — and most Americans are dreading it, according to a new survey.

A survey from LendingTree found that 61 percent of Americans are dreading the holidays due to increased spending, with 57 percent of respondents having angst over Christmas specifically.

The average consumer will spend roughly $602.65 on gifts this holiday season, and that number increases to $850.38 if you have children under the age of 18, the survey showed.

A whopping 75 percent of parents with children under the age of 18 said they fear disappointing their children during the holidays.

The report cited guilt as one of the biggest reasons Americans overspend during the holidays, with 76 percent of participants saying they feel pressured to buy gifts for their loved ones. 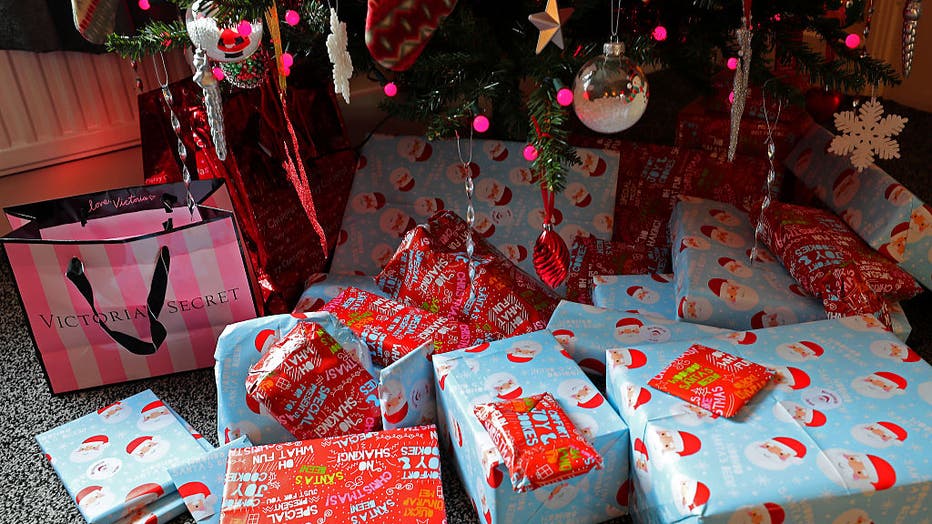 Presents wrapped and under a Christmas tree. (Peter Byrne/PA Images via Getty Images)

When it comes to the generational divide, the pressure is on for millennials. At least 71 percent of them said they feel obligated to purchase gifts this holiday season.

Nearly 1 in 2 millennials feel gift giving is competitive and that they have to buy “the best gift” for their loved ones.

The financial stress that comes along with holiday spending doesn’t appear to be healthy, either. Some respondents reported losing sleep over thinking about how they’ll pay for gifts.

Survey participants also reported ways they plan to stay on track financially this season, which included things like cutting back on items for themselves, forgoing vacations, putting off home repairs and saving less overall.