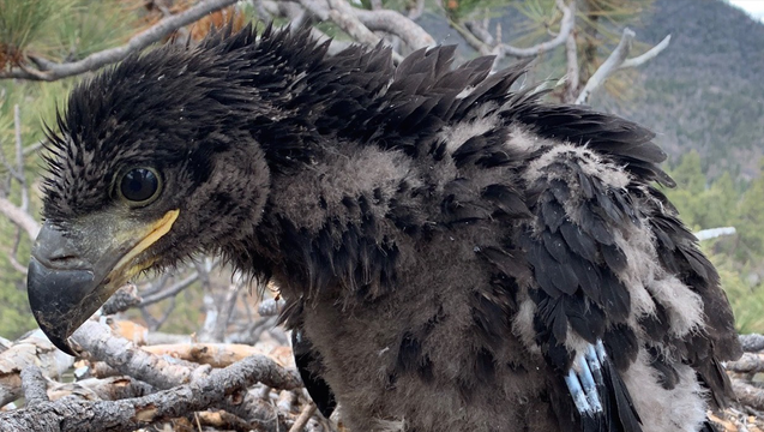 FOX NEWS - A 6-week-old bald eagle chick named Cookie who hatched live on a webcam just last month has died Monday, according to the U.S. Forest Service in Southern California.

The Forest Service wrote on Facebook that a late-season storm in Big Bear lowered the temperature to 26 degrees and brought several inches of snow, making hypothermia the likely cause. Another chick died last year under similar conditions. Cookie was looking weak and had trouble breathing, according to the Friends of Big Bear Valley.

The Forest Service added that “while it is disappointing to lose the chick it is also not unexpected.” Bald eagle chicks have a more than 50 percent mortality rate during their first year of life due to their flight feathers and their difficulty in retaining body heat.

Even the chick’s mother was having trouble Monday.

Once they learn to hunt and forage, the Forest Service said, bald eagles have a better chance of reaching adulthood.

“And for that, we hope to see the remaining chick fledge next month to learn to do just that!” the Forest Service wrote.