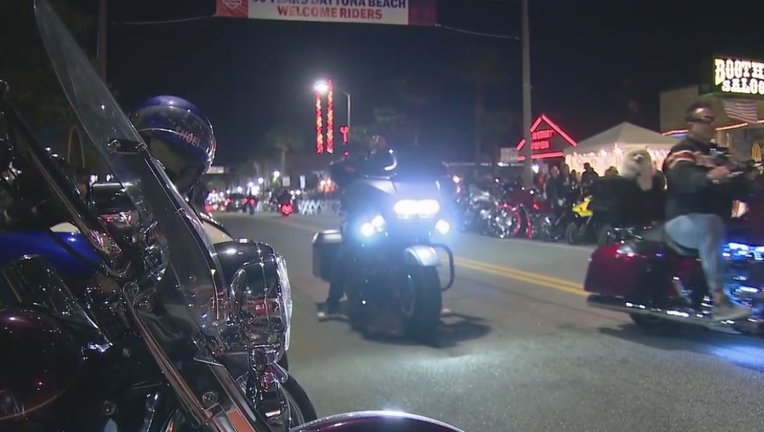 In addition, multiple bikes suffered serious injuries in crashes and were taken to the hospital as trauma alerts during the ten-day event, according to preliminary numbers released by Halifax Health.

Halifax Health Medical Center spokesman John Guthrie described it as a record-breaking week. Total patients during Bike Week experiencing trauma and admitted to Halifax Health numbered 91, Guthrie said.  This number compares with an average of 62 admissions for each of the last four years.

"At one point we had four patients needing trauma care at the same time," said Lindsay Martin, RN and Director of Nursing.

Halifax Health has the only trauma center in Volusia County and Flagler County and partners with the Volusia Sheriff’s Department to provide helicopter transport.

On Sunday, the final day of Bike Week, a 39-year-old woman from Seabrook, New Hampshire, was killed when the motorcycle she was a passenger on was rear-ended by another vehicle, said Daytona Beach police spokesman Messod Bendayan.

Daytona Beach Police Chief Jakari Young tweeted video on Friday of a biker driving over a drawbridge as it was rising to allow a passing ship.

Early the next morning, motorists found a 42-year-old motorcyclist dead in a roadway following a single-motorcycle crash, police said.

Last year, there were also six Bike Week fatalities. In 2019, there was one.

Tune in to FOX 35 Orlando for the latest news.