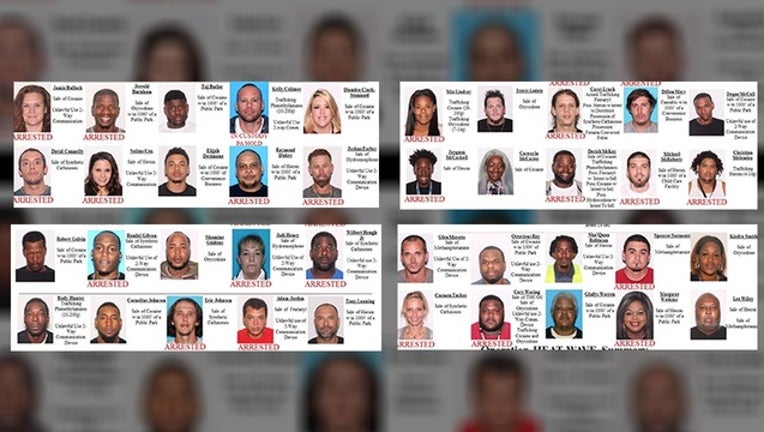 The reported total street value for all the narcotics seized during this operation was $40,848. Nearly all the heroin seized in this operation contained fentanyl, which is deadly and 50-times more potent than heroin itself.

The Flagler County Sheriff's Office also said that the 40 drug dealers arrested in this operation had previously been arrested a combined total 534 times.

This was the largest drug sweep in Flagler County Sheriff's Office's history. Sheriff Rick Staly said that "Detectives seized enough fentanyl and heroin to kill over 14,000 people. Many tips were sent in by community members who followed the 'see something, say something' initiative and notified us when they saw suspicious activity or knew of drug dealers in our county."

Each inmate was reportedly booked into the Sheriff Perry Hall Inmate Detention Facility.