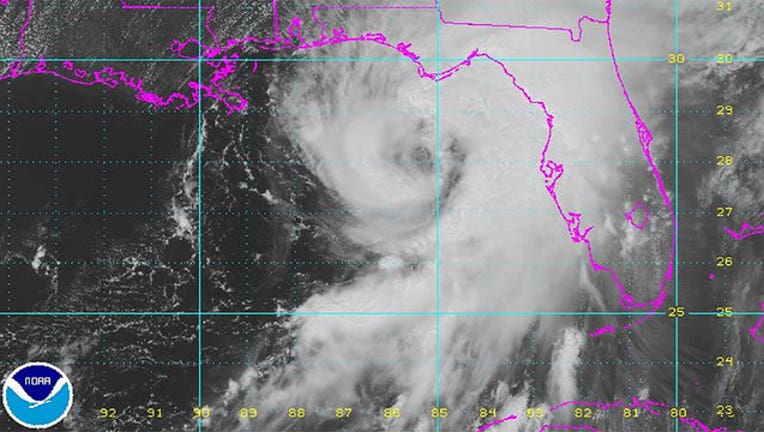 COTTAGEVILLE, S.C. (AP) - A third death associated with Tropical Storm Hermine has been reported as the storm moves along the East Coast.

Authorities say 30-year-old Michael Woodrum was trying to remove a tree that fell on U.S. Highway 17-A near Cottageville, South Carolina, on Friday when he was struck by a car. Officials say Woodrum died at a hospital on Saturday.

High winds tipped over an 18-wheeler on Saturday, killing its driver and shutting down the U.S. 64 bridge in North Carolina's Outer Banks.

Earlier in Florida, a homeless man was killed by a falling tree.

Hermine rose over the Gulf of Mexico and hit Florida on Friday as a Category 1 hurricane before weakening to a tropical storm as it moved across Georgia.