HCSO deputies say three men were shot and killed by a resident after they entered his Channelview home. He was also shot in the process, and taken to a local hospital.

CHANNELVIEW, Texas - Four people were shot, and three of them are dead after a shootout inside a Channelview home during an apparent home break-in.

Investigators say the three people who were shot to death broke into the house on Amie Michele Lane around 10 a.m. but before they were killed, the homeowner was also shot.

Four people were shot, three of them are dead after a shootout inside a Channelview home during an apparent home break-in.

Just before bullets started flying inside the house where two 19-year-old men live, investigators say one of the teens saw several men drive up to their house and get out with a gun.

"He witnessed a pistol in their hand and dressed in dark clothing. He was able to hide,” says Harris County Sheriff Ed Gonzalez.

The other young man who lives in the house grabbed his shotgun and Sheriff Gonzalez says the homeowner and the three intruders opened fire on one another.

Gonzalez says the three guys who broke in were shot to death. The homeowner, who was shot, was taken to the hospital in serious condition and rushed into surgery.

"This is too much for me. It’s close to home. My daughter lives literally right across the street,” one woman told me as she took her daughter away from the chaos.

"I’m worried about my kids. Crazy people come here and try to get in your house and steal,” says resident Joe Lopez.

"This never happens around here. This is the first time,” adds resident Gabriel Salazar.

The car the homeowner saw the men get out of was found running by detectives in front of the home.

“It appeared they arrived and they were planning to break in and make a quick getaway,” says Sheriff Gonzalez, but that didn’t happen. Instead, three families are planning funerals just before Christmas.

The mother of one of the 19-year-old roommates says her son and his longtime friend just moved into the house a few months ago. She says she has no idea who would target them or why. Investigators are looking into that same thing.

Che car the three men arrived in is registered to someone who lives just one street over. 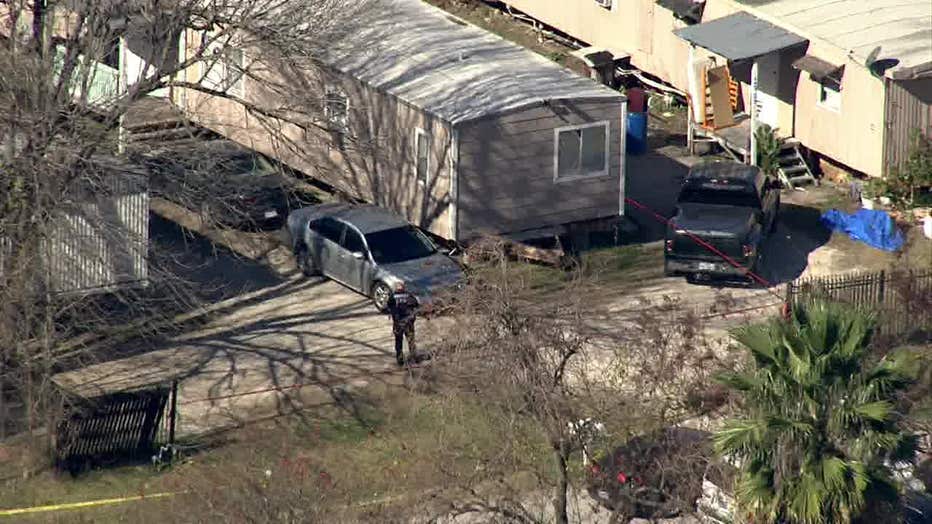