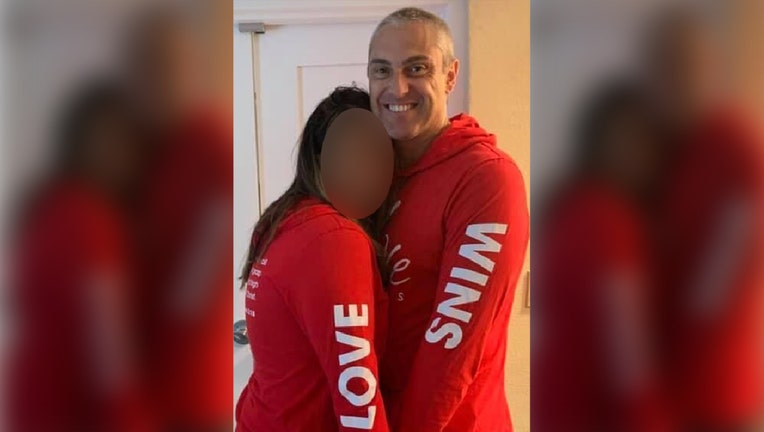 Daniel Chalmers has been identified as the pastor police say urinated on a woman on a Delta flight in October 2020.

SOUTHFIELD, Mich. (FOX 2) - Michigan attorney Geoffrey Fieger has filed a $2 million lawsuit on behalf of a Detroit woman who says a pastor from North Carolina peed on her while she was sleeping in the backseat of a Delta plane as she returned to Detroit from Las Vegas.

Fieger announced the lawsuit Thursday afternoon after filing it in Wayne County on behalf of Alicia Beverly.

Beverly spoke with FOX 2 two weeks ago about what happened as she was curled up in a back seat next to her sister. In the lawsuit, she said she put a mask over her eyes and went to sleep on the plane until she woke up to a sensation on her side.

"It felt warm, like on the side of me, I felt something warm," she said.

She said she was drowsy when she opened her eyes and saw something unexpected.

"I jump up and I seen his private area out and I screamed and that woke everybody up," Alicia said. "By that time I actually looked at him and I see him shake himself off and I’m like this man just peed on me! I looked and there was a puddle of pee in the seats!"

She screamed and an off-duty officer took the man into custody. He was identified through charging documents as Daniel Chalmers, the pastor of Love Wins Ministry in Raleigh, North Carolina.

Alicia said after being treated like a bathroom, she sat in those wet clothes for several hours before landing at Detroit Metro in Romulus.

The documents show that Chalmers claimed he had two drinks before the flight, admitted to taking Ambien, and did not remember the incident. In the lawsuit, Fieger said Chalmers did not help Beverly, touched her in a sexual manner without permission, and urinated on her.

Pastor accused of urinating on woman on plane was on Ambien, had BAC of .17

Daniel Chalmer, a religious leader in North Carolina, was identified in court records as the pastor accused of urinating on a Detroit woman.

The lawsuit seeks $2 million for severe emotional and mental distress, an inability to experience social pleasures, humiliation, anxiety, and other damages.

The suit is filed against both Chalmers and his ministry, Love Wins. Fieger claims that the ministry owes duties to the general public including the responsibility to hire, train, and retrain employees.

Additionally, he said the ministry hired a pastor who "lacked the appropriate skills and/or knowledge to not urinate on others," failed to train employees on "how to appropriately interact when flying ensuring that employees neer resort to urinating on others," and failed to supervise Chalmers or have policies to prevent this kind of behavior.

Chalmers released a statement on Tuesday, apologizing for what happened:

"I want to sincerely apologize for my actions on this overnight flight. I took an Ambien for the first time to sleep well on my flight and had a terrible reaction. I am so sorry for how this effected (sic) everyone on this flight and especially one lady passenger in particular. I have reached out and apologized to her as well. I want to please ask everyone for their forgiveness in this. I never intended or wanted for this to happen."

Airplane flight passenger awakes to pastor urinating on her