Suspects arrested, accused of shooting at cars on I-4

Two men were arrested after deputies say they fired shots at cars on I-4, hitting one vehicle in its windshield. Fortunately, no one was injured.

VOLUSIA COUNTY, Fla. - Two Sanford men are in custody after fleeing from deputies in a high-speed chase, following a wreck and a shooting on Interstate 4 (I-4) on Saturday.

Deputies said it all started when a vehicle carrying four people pulled off I-4, saying there was a bullet hole in their windshield. The innocent people inside the car, who were not hurt, were able to provide dashcam video and a license plate number to investigators, allowing officials to track down the suspect vehicle. 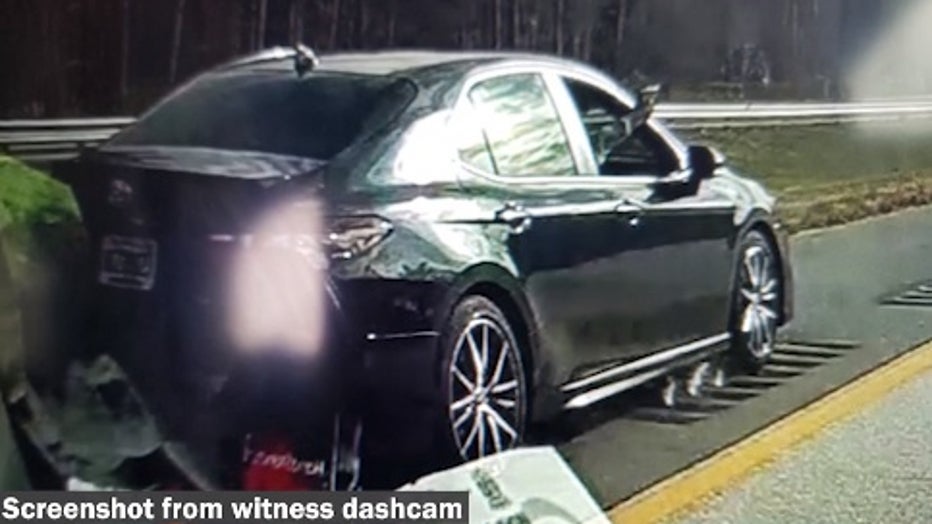 The shooting was reported at around 4:24 p.m. on Saturday between mile markers 124 and 127 on westbound I-4. The witnesses said the suspect car took off from the scene, but it was spotted by a deputy traveling through the Daytona area.

The suspects got away from the deputy but the Sheriff's Office's chopper reportedly helped track the car down from the sky as it was speeding through the Deltona Boulevard intersection on Enterprise Road.

2 arrested in I-4 shooting in Volusia County

The Volusia County Sheriff's Office said two men were arrested after shooting at cars on Interstate 4. One car's windshield was hit, but no one inside the vehicle was injured. The suspects led deputies on a chase before crashing the car and being arrested.

That is where deputies said the Toyota Camry spun out of control, flipped over, and came to a stop near Pepperwood Avenue. The suspects got out of the car and ran into a wooded area but were eventually caught with the help of a K-9 unit.

Deputies: 2 arrested after shooting, high-speed chase, wreck on I-4

Deputies said it all started when a vehicle carrying four innocent people pulled off I-4, saying there was a bullet hole in their windshield.

However, the investigation is ongoing and additional charges are possible.

MORE NEWS: Missing 9-year-old Mount Dora boy may be traveling out of state with 42-year-old man

The shooting is the second one on I-4 in Volusia County in recent weeks.

On Sunday, Feb. 21, Florida Highway Patrol troopers responded to reports of a shooting between vehicles near mile marker 113. No injuries were reported.

Last April, at least 19 vehicles were damaged when a suspect fired a BB gun at passing vehicles on I-4 and I-95. Officials said two people were arrested in that incident.