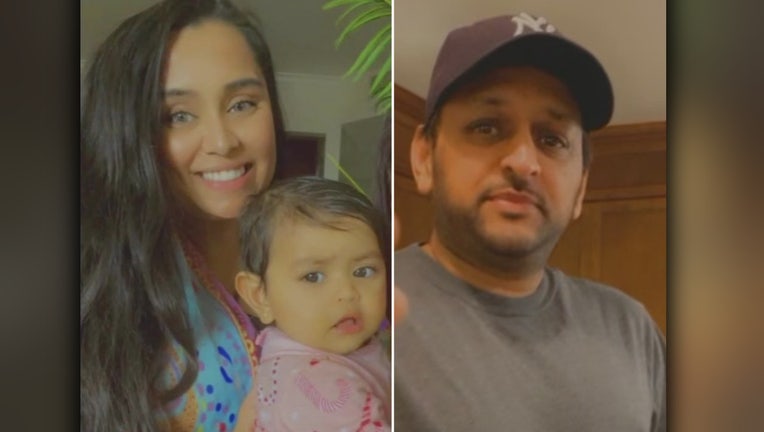 SURFSIDE, Fla. - A baby girl has been identified as the youngest victim of the South Florida condo collapse.

Miami-Dade police on Tuesday identified the child as 1-year-old Aishani Gia Patel, saying she was one of the most recent victims found in the rubble of the Champlain Towers South condo in Surfside.

Search crews found Aishani along with her parents, Vishai and Bhavna Patel, who were also killed in the disaster. Loved ones told WSVN that Bhavna was pregnant at the time of the collapse.

The death toll in the Surfside tragedy is now at 97, with 8 people still unaccounted for in the June 24 collapse.

Meanwhile, a judge on Wednesday approved the sale of the oceanfront property where the condominium building once stood, with proceeds intended to benefit victims of the deadly disaster.

At a hearing, Miami-Dade Circuit Judge Michael Hanzman ordered that the process begin to sell the site of Champlain Towers South, which could fetch $100 million to $110 million according to court records.

"He wants us to start exploring a potential sale," Goldberg said of the judge in an email. "He did say he wants the land to be sold and the proceeds to go directly to the victims as soon as possible."

Teams continued to dig through broken concrete and twisted rebar for more human remains and sentimental items, hoping to recover lost jewelry, wedding albums and other sentimental items for those grieving the tragic loss of their loved ones. Officials have also set up a database for people to upload information about missing property in an effort to recover keepsakes.

The aunt of two girls, 4 and 11, who were buried in the same casket last week has been longing for a silver necklace with a pendant shaped like half a heart and the words "Big Sis" inscribed.

The body of 4-year-old Emma Guara was pulled from the rubble still wearing her "Little Sis" necklace and was buried wearing the necklace. But when firefighters found her 11-year-old sister, Lucia Guara, she was not wearing her necklace. Their aunt, Digna Rodriguez, said Lucia had developed an allergic reaction and had temporarily stopped wearing it.

"We would like to get that necklace back," Rodriguez told the Associated Press. "They loved those necklaces."

The girls' parents, Anaely Rodriguez and Marcus Guara, also died in the collapse.