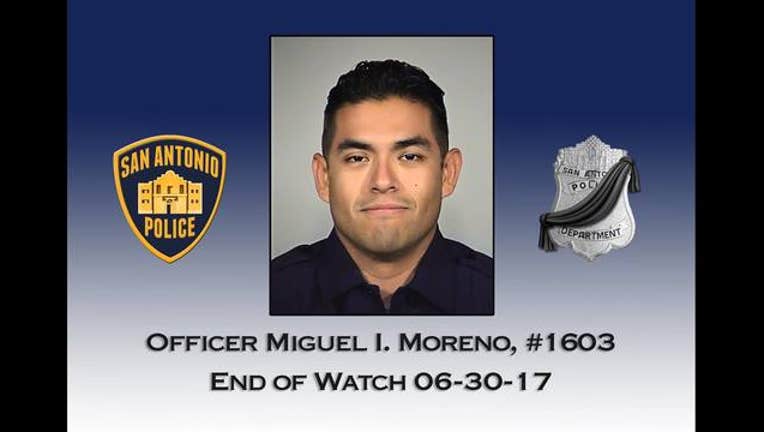 SAN ANTONIO (FOX 26) - One day after two San Antonio police officers were left in critical condition following a shooting, one of them has died.

The San Antonio Police Department released the following statement on its Facebook page:

It is with heavy hearts that we share that our brother, Officer Miguel I. Moreno, #1603, succumbed to his injuries and passed away at 1111 hrs.
Please keep his family in your thoughts and prayers during this difficult time.

One of the officers was shot in the head and the other officer was struck in the upper torso. The other suspect who was not injured was taken to homicide investigators.

McManus said Moreno and the other officer are both 9-year veterans of the force.