A wildfire prompted the Florida Highway Patrol (FHP) to close Interstate 95 in both directions in Brevard County on Friday.

BREVARD COUNTY, Fla. - Saturday (6 p.m. update) - The Florida Forest Service - Okeechobee District said on Saturday that the Tree Frog Fire was about 60% contained to 1,230 acres, down from the estimated 1,600 acres it reached on Friday.

(Previous version) - The Florida Forest Service in Okeechobee said that on Saturday that one firefighter was injured while battling the Tree Frog Fire.

A wildfire prompted the Florida Highway Patrol (FHP) to close Interstate 95 in both directions in Brevard County on Friday. The road has since been reopened.

The Tree Frog Fire had grown to over 1,600 acres in Indian River County, just south of the Brevard County line.  Shortly before 11 p.m. on Friday, it was 40% contained, officials said. On Saturday, officials said the containment remained the same.

The FHP closed Interstate 95 in both directions near Fellsmere early in the afternoon.  Shortly before 6 p.m., southbound lanes had reopened and about three hours later, troopers reopened northbound lanes.  The FHP warned drivers to exercise caution and said they would continue to monitor conditions into the evening.

"It's frustrating," said driver John Wiem. "The detour itself was stop-and-go; lost about an hour of time from the detour…the worst thing is not knowing the area, not knowing where you’re going."

"I don’t like it! Nobody likes it!"  said driver Robert Mekoski.

"The heavy winds are making it extremely difficult to extinguish," explained FHP Lt. Channing Taylor.  "As a result, there’s a lot of smoke on the highway, which makes it unsafe to drive on," 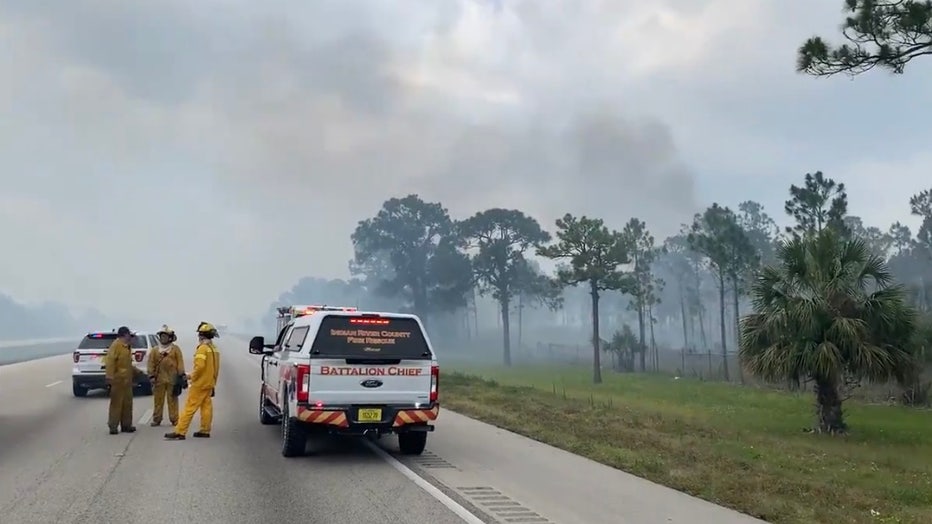 Florida Forest Service crews are working to contain the fire.  The agency has deployed a task force from the Panhandle and Big Bend regions to help put out the fire.

"Because of the very little rain that we've been having over these last few weeks and increased temperature – and now with increased winds we're having today – it's very hard to contain," said Miguel Nevarez, Wildfire Mitigation Specialist Okeechobee District, Florida Forest Service. "While we're fighting these fires, because of the winds, the embers from this fire can spot over to another section and essentially start another fire."

Brush fire closes I-95 in both directions in Brevard County

A brush fire in Indian River County, just south of the Brevard County line, has grown to 800 acres. Florida Forest Service crews are working to contain the fire. Interstate 95 remains closed in both directions near Fellsmere.

While Central Florida is not experiencing a serious drought, conditions are still favorable for a wildfire.

Florida is at the peak of the brush fire season, which runs from December through the end of this month. During this time, when there is low humidity, officials say you may see some fires get out of control quickly.

A brush fire that prompted the closure of Interstate 95 on Friday afternoon has been aided by strong, easterly winds and low humidity, according to FOX 35 Storm Team Meteorologist Allison Gargaro. 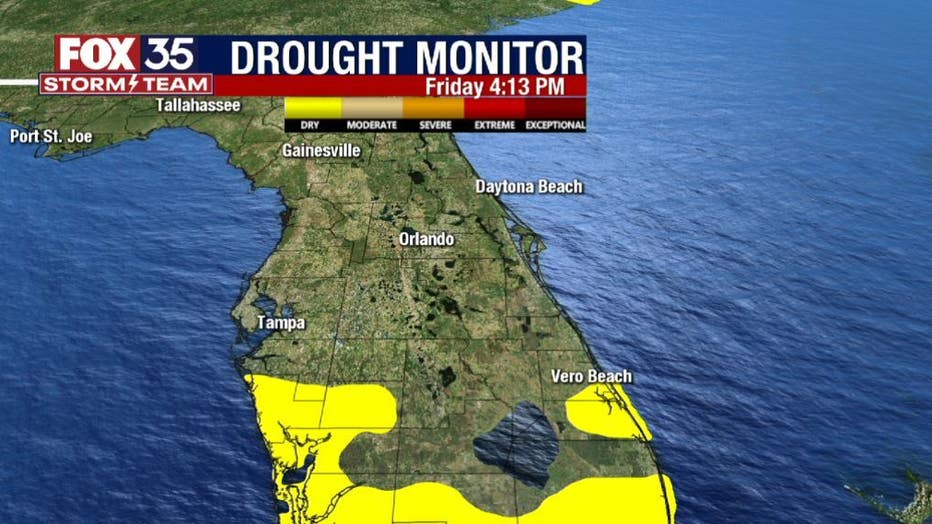 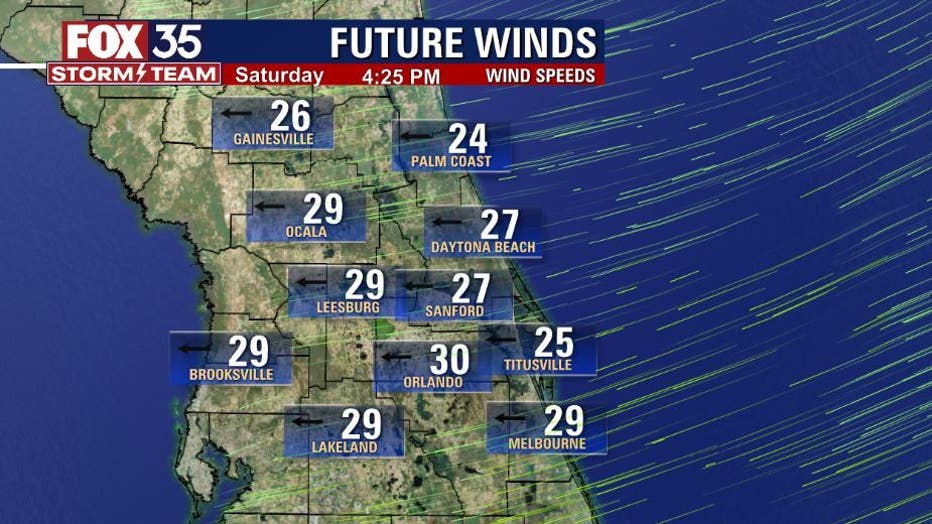 A voluntary evacuation notice has been lifted.

Brevard County Fire Chief Mark Schollmeyer said residents need to prepare for brush fire season by clearing the brush around their homes.  Also, he said it is important to have an evacuation plan if you need to remove animals.

"Obviously, today is a very windy day," Schollmeyer added. "It doesn’t take much for a small fire to grow very large, very quickly. So just be mindful of what your burning and fire pits and stuff like that."

The cause of the Tree Frog Fire is under investigation, but officials suspect a campfire or lightning strike may be to blame.

Get breaking traffic news alerts in the FOX 35 News app. Download for iOS or Android