LAKE MARY, Fla. - As of Friday, Oct. 15, it has been 74 days since there was no tropical activity in the Atlantic basin. You have to go back to August 2 to find it this quiet.

Forecasters said an area of disturbance near the Bahamas that had a 10% chance for development has vanished, leaving a serine tropical setup for the remainder of this week.

"The hurricane season lasts until November 30, and October is notorious in Florida for land-falling tropical systems, but there is nothing evident in the near-term forecast to suggest we'll see anything threatening," said FOX 35 Storm Team Meteorologist Brooks Garner. "That said, some long-range models suggest a Central American ‘tropical gyre’ pattern will develop in the southwest Caribbean Sea, which is a large, broad, and sprawling, counter-clockwise flowing low-pressure trough located over much of Central America." 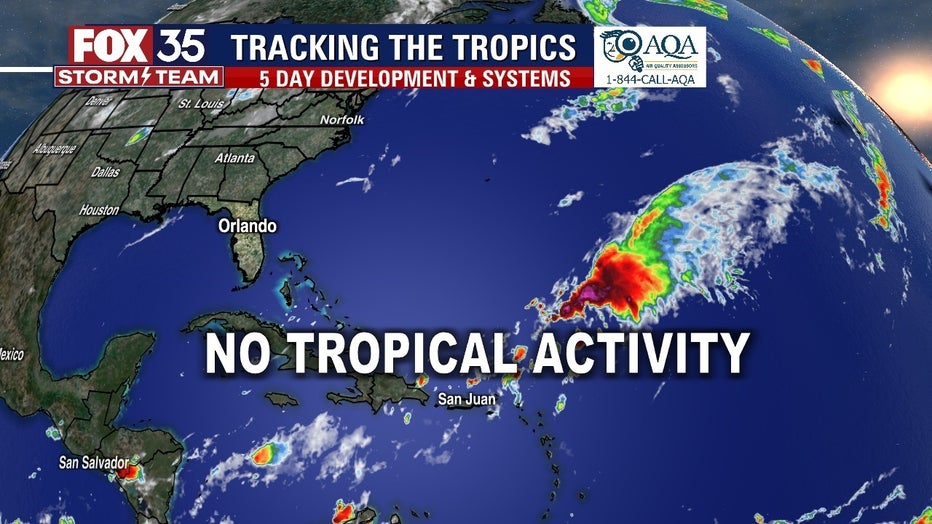 Garner said this large-scale system can spawn tropical depressions and we may see just that as we approach Halloween.

"A tropical depression born from this system could happen in the eastern Pacific or in the southwest Caribbean. Anything that forms on our side of the isthmus would be cause for concern, so while things are quiet today, we'll not let our guard down!" Garner added.

RELATED: Tropical system has potential to develop before Halloween 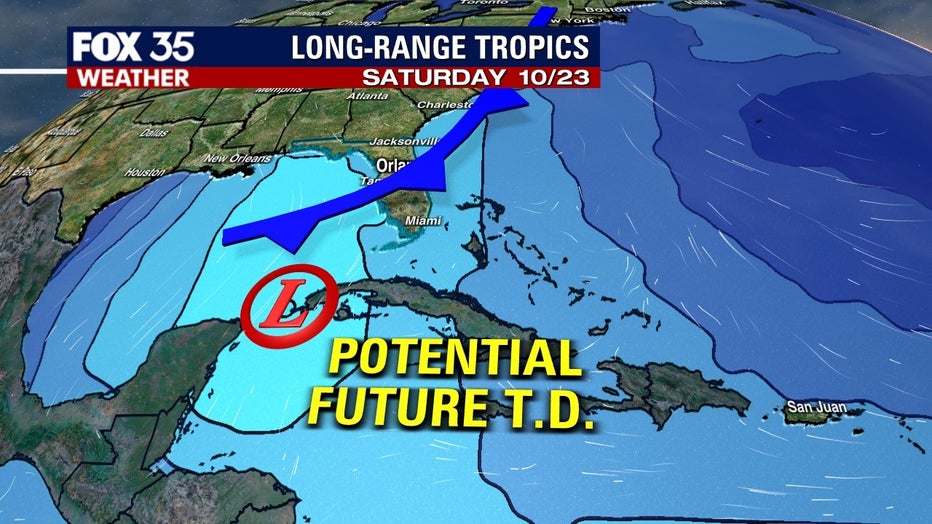