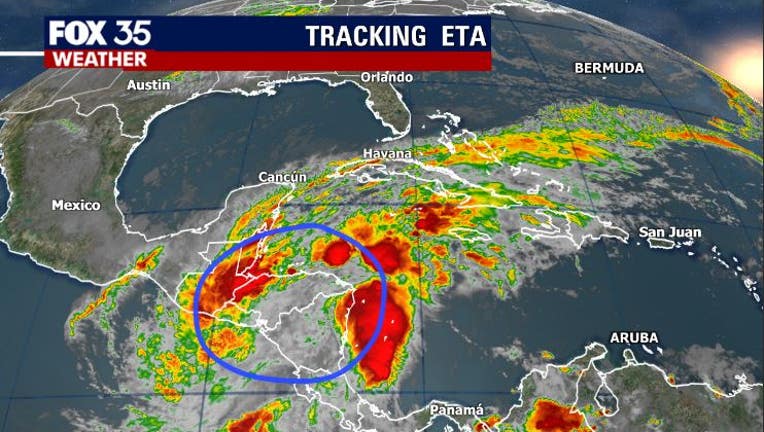 Orlando, FL - Once a mighty hurricane, ETA is now barely hanging on as a tropical system. Current information coming to us from the National Hurricane Center has wind speed within the ill-defined circualtion at 30 mph at best. Nearly all of the impactful weather associated with ETA as fanned out, far removed from the spiraling center. The system will move little today through Central America. 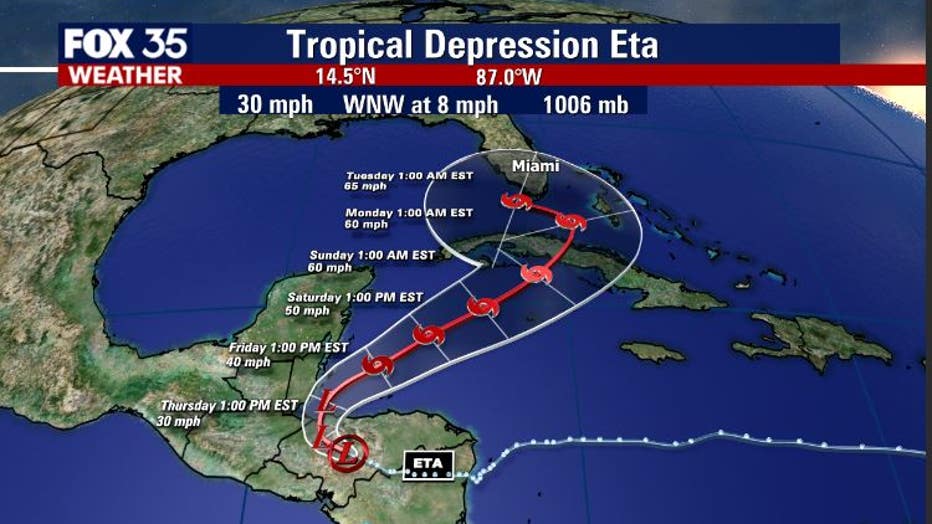 Forecast track information from NHC as of early this Thursday morning, reveals a general motion to the North/Northeast and closer to Cuba by late weekend or early next week. From there, ETA could draw closer to Florida's Southern Peninsula with winds around the 65 mph mark, maybe stronger. The water remains quite warm in that area so, further strengthening could in fact occur. 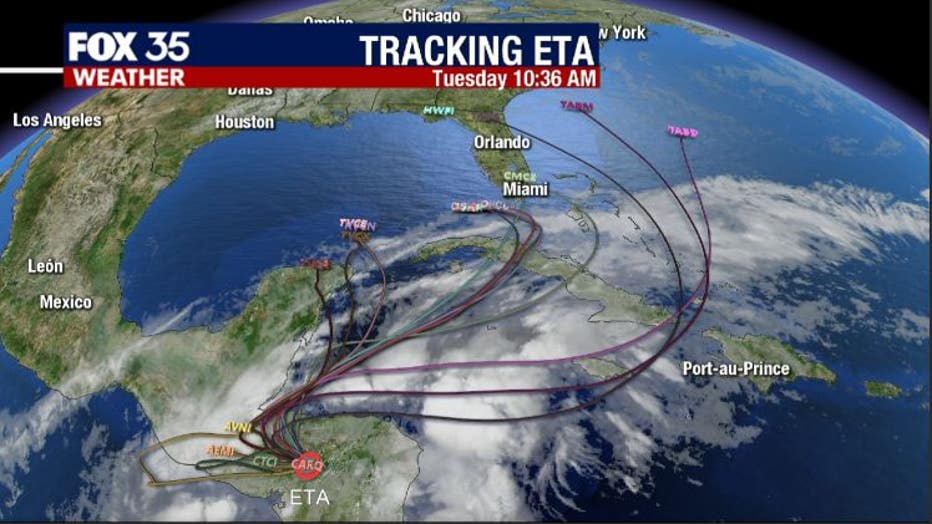 Forecast modeling is literally "all over the place" with some model members heading into the Gulf, some closer to Florida, while other head into the Atlantic. Hopefully some of the new forecast models coming out through the day today can give us a bit more insight as to where ETA will be heading. Right now, it appears that really anything is possible...stay tuned!